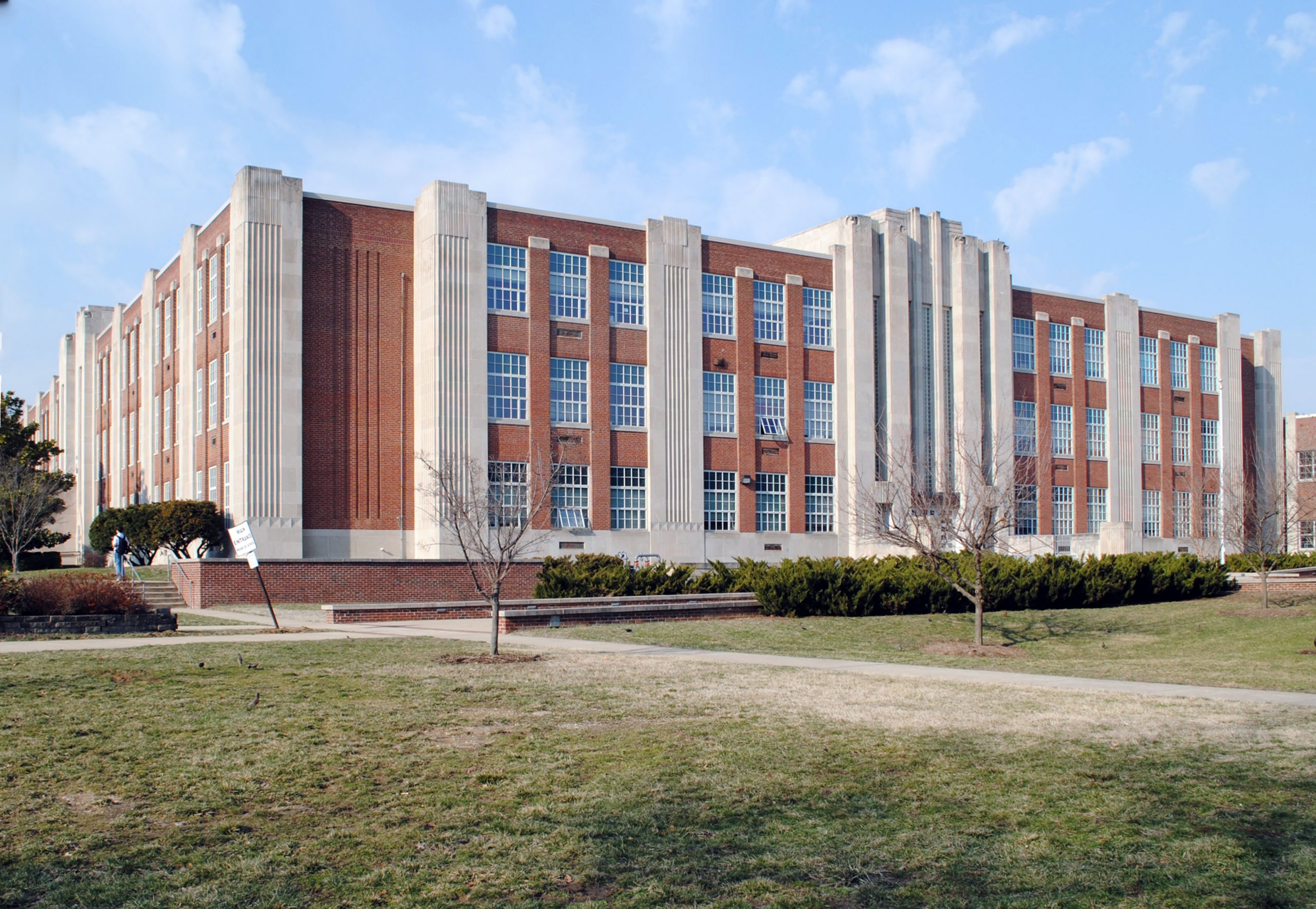 George Washington High School in Alexandria has functioned as a school since its construction for white students in 1935 with funding provided by the Federal Emergency Public Works Administration, one of President Franklin D. Roosevelt’s New Deal initiatives during the Great Depression. Designed by notable Virginia architect Hobart E. Doyle in collaboration with Virginia’s Department of Education, the school is one of the largest and signature examples in Alexandria of Art Deco, a popular style of the period that expressed modernity and optimism, characteristics that harmonized with the Roosevelt administration’s vision for a new America. In 1938 and 1947 south and north wings were added to the main building, and in 1941 the city built a separate mechanical arts building, executed in the Art Deco style. Other alterations and additions to the school include a gymnasium in 1961. Dating to the Jim Crow era of segregation, George Washington High School was desegregated by Alexandria in 1965. The school’s period of significance begins with its construction in 1935 and ends in 1971, the year that T.C. Williams High School became the city’s only school to serve junior and senior high school aged children. While not historically pertinent to the school’s listing in the Virginia Landmarks Register, its notable alumni include: “Mama” Cass Elliot and John Phillips of the 1960s folk-rock group The Mamas & The Papas; Jim Morrison, lead singer for the rock group The Doors; Willard Scott, a TV personality who was with NBC’s Today show from 1980 to 1996; Guy S. Gardner, a former NASA astronaut; and Francis Hammond, a Korean War veteran posthumously awarded the Congressional Medal of Honor.