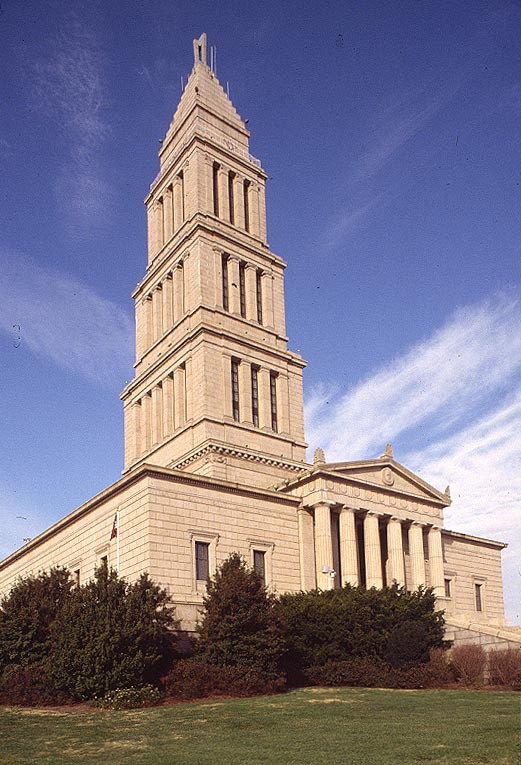 Largely constructed between 1922 and 1932 with many of the major interior spaces left unfinished until the decades following World War II, the George Washington Masonic National Memorial is one of the most compelling design projects embarked upon during the first half of the twentieth century. The George Washington Masonic National Memorial Association hired the well-known New York firm of Helmle & Corbett to design the striking memorial, located on a dramatic hillside site overlooking Alexandria. The unprecedented building project brought together the independent Grand Lodges of the states and territories in a rare initiative among freemasons having a national scope. The practical origins of the building were in creating a repository and museum for the materials and artifacts associated with George Washington. Washington had previously been viewed and memorialized primarily as commander in chief of the Continental Army and as the first president of the United States.