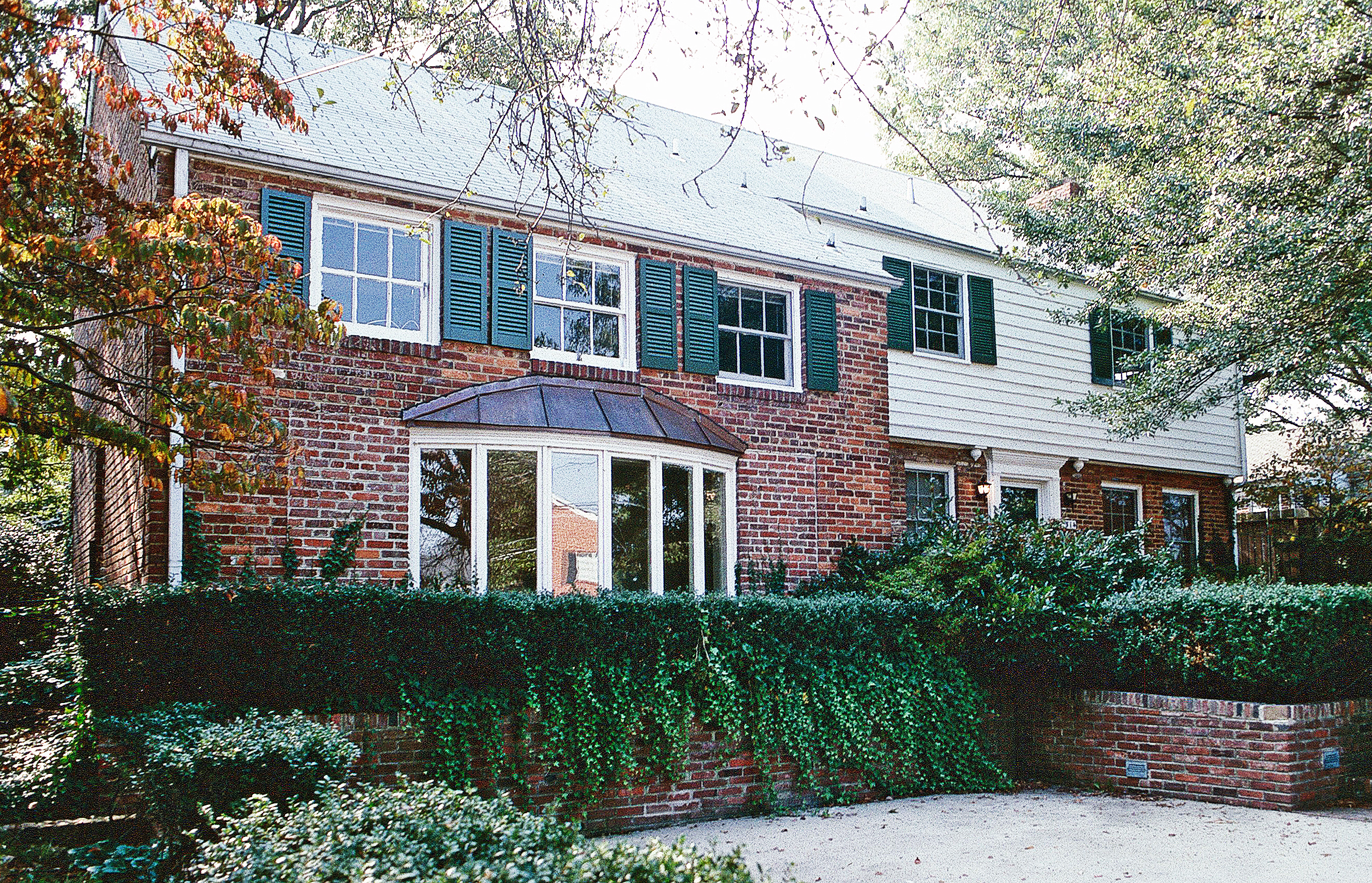 Gerald R. Ford, Jr. and his family lived in this typical suburban house from 1955 until August 19, 1974, ten days after Ford took the oath of office as President of the United States. During this period, Ford represented the Michigan fifth district in Congress, served as House Minority Leader and later as Vice President. Though the Fords maintained a Michigan residence, the Alexandria house was their primary home. The house was designed for Ford by Viktors Purins of Grand Rapids. Some of the first photographs of Ford as president, calmly talking with reporters in front of his Alexandria residence, gave the nation a needed reassuring image in the wake of the Watergate scandal. The Fords sold the house upon leaving the White House. The President wrote its new owner: “Betty, the children, and I had many wonderful years in that home.”