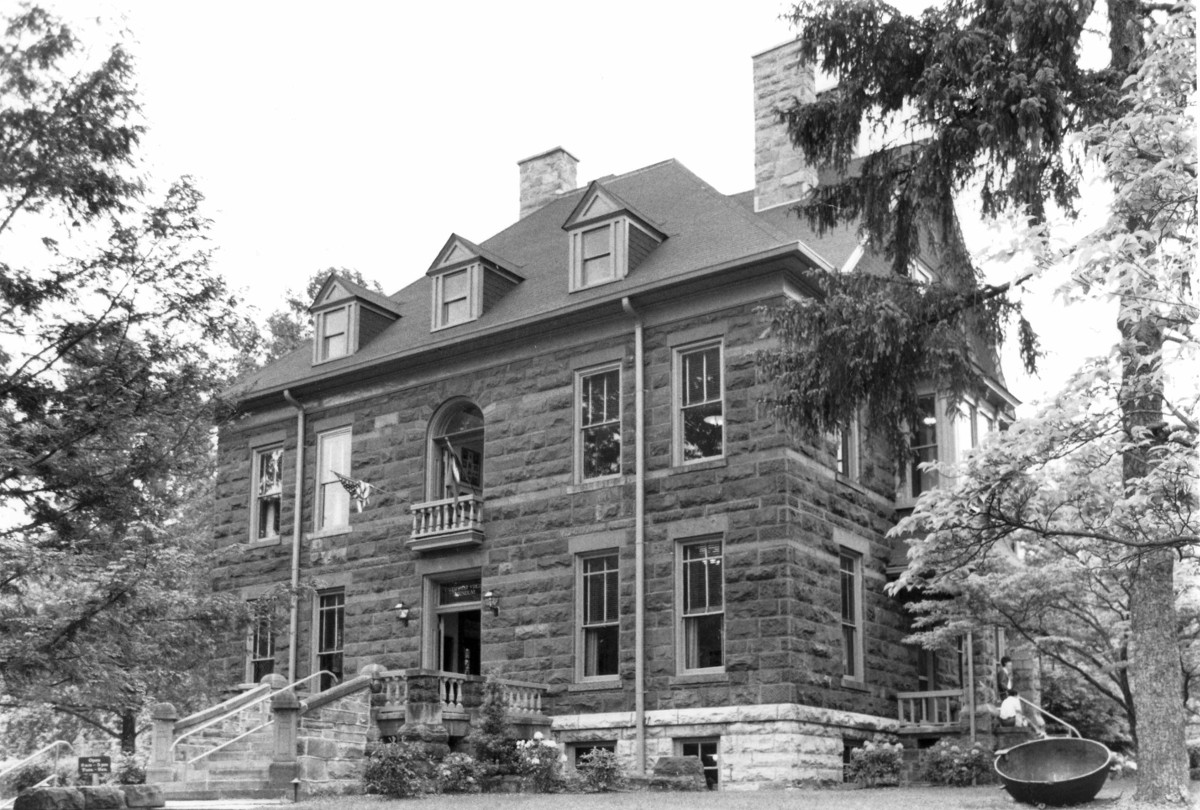 The Southwest Virginia Museum Historical State Park’s Rufus A. Ayers House faces West First Street in the Poplar Hill neighborhood of Big Stone Gap. It was built in 1894–1895. The Commonwealth of Virginia acquired it in 1946 and opened it as a museum two years later. Two-and-a-half stories high and five bays wide, the house was constructed of brown sandstone on a limestone basement. It is essentially Queen Anne in style, although modifications to the roof and the loss of a wraparound veranda altered its original appearance early in the 20th century. Behind the house stands a two-story carriage house. The dwelling and landscaped grounds, enclosed by an original stone wall, occupy the crest of a terrace overlooking downtown Big Stone Gap.