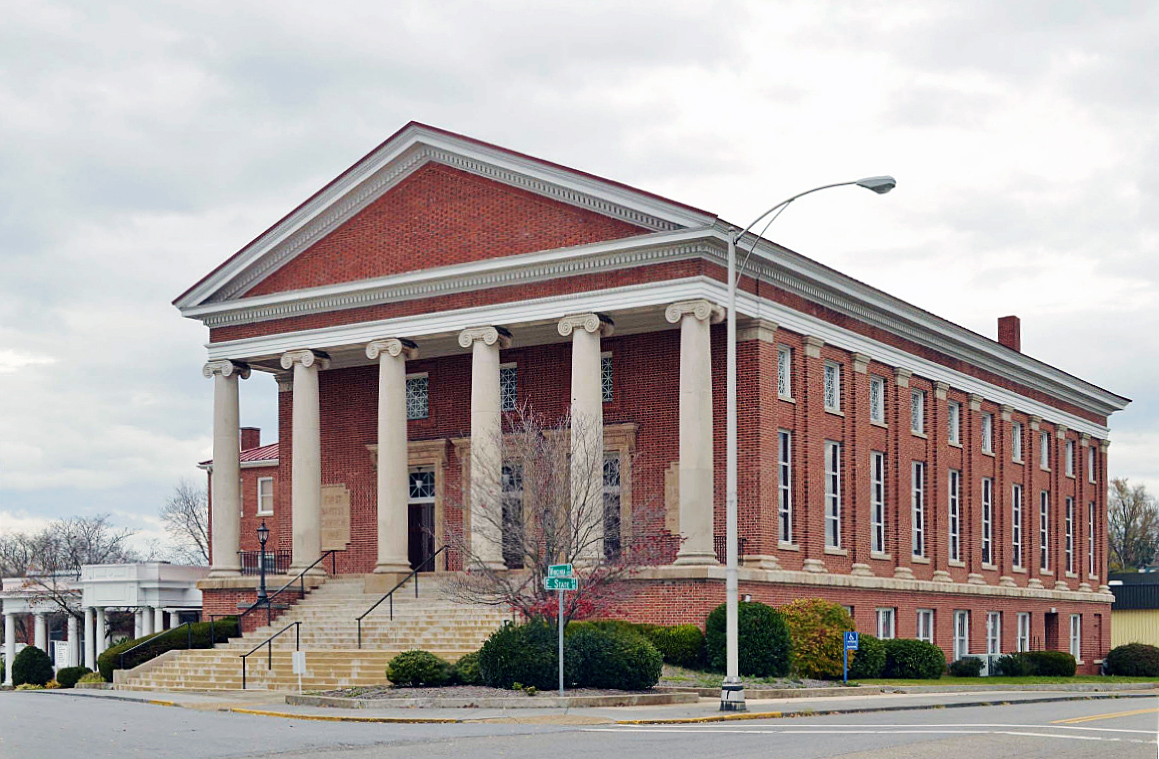 Originally known as Goodson Baptist Church, First Baptist was organized in 1859. Constructed in 1912 on a site occupied successively by two previous church buildings in Bristol, the current First Baptist Church is significant for its architecture. Designed by prolific local architect Clarence Baker Kearfott in 1911, the church is among the most sophisticated examples of the Classical Revival style in southwestern Virginia. Through its use of symmetry, classical decorative motifs, and durable masonry materials, the design pays homage to the building traditions of ancient Greece and Rome as well as later interpretations by proponents such as Thomas Jefferson. One of several large churches built along State Street in the late 19th and early 20th centuries, First Baptist is now the only remaining church building on either side of the street. Urban renewal in the 1960s and early 1970s culminated in the destruction of most of the others, nearly all of which were Gothic Revival designs. An educational wing was added to the building in 1964.