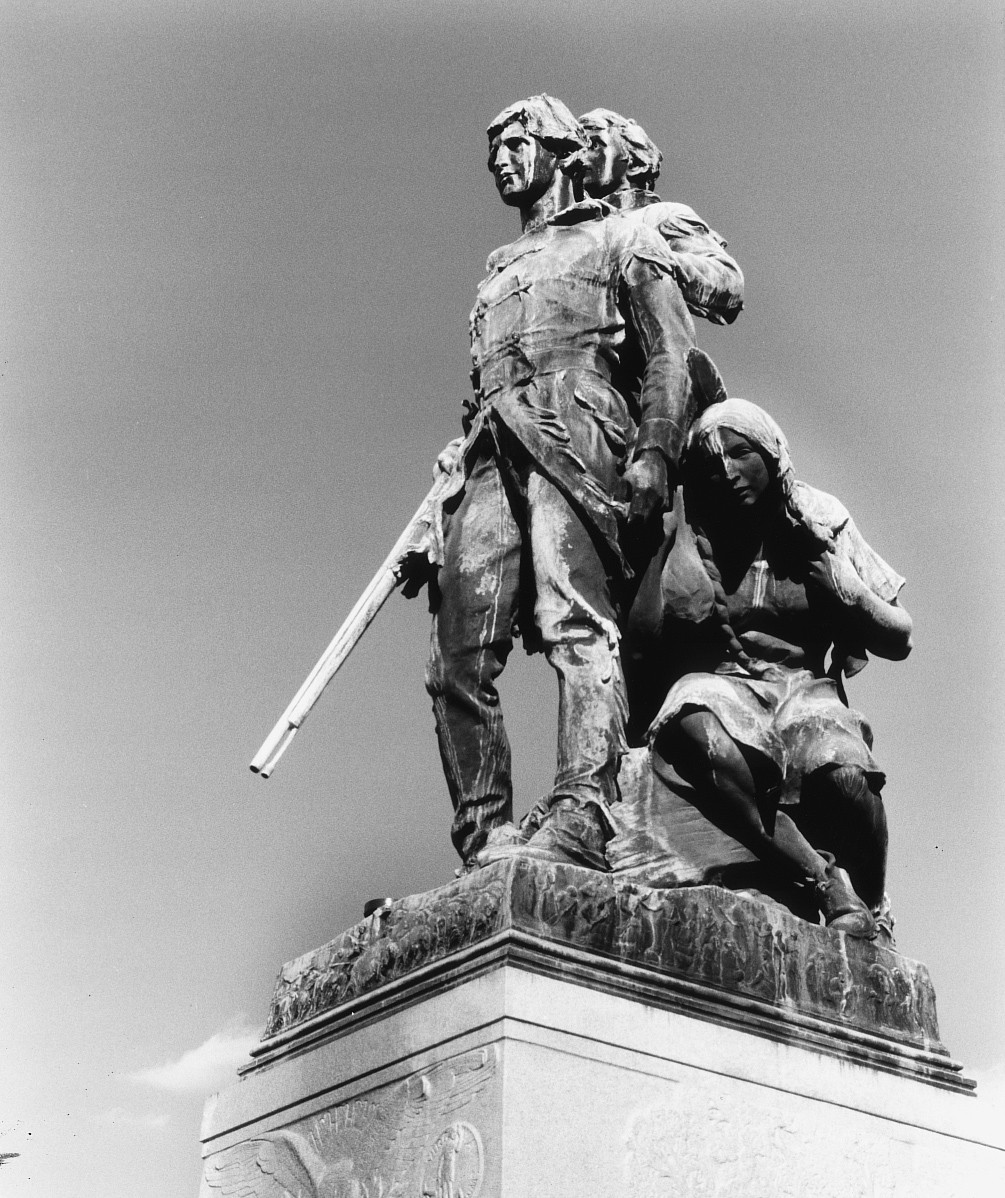 Entitled “Their First View of the Pacific,” this sculptural group depicts Albemarle County native Meriwether Lewis and William Clark, whose father was from Albemarle County, at the climax of their famous 1803-06 expedition to explore the Louisiana Purchase. Shown with them is their Indian guide Sacagawea. Erected in 1919, the group is the work of the nationally prominent sculptor Charles Keck, member of the National Sculpture Society. The monument is the first of four commemorative sculptures commissioned by Charlottesville philanthropist Paul Goodloe McIntire to adorn his native city. Though not on the scale of many heroic sculptures, Keck’s monument is an able representative of the figurative style of outdoor statuary produced by members of the Society. They formed an important component of the turn-of-the-century City Beautiful Movement.