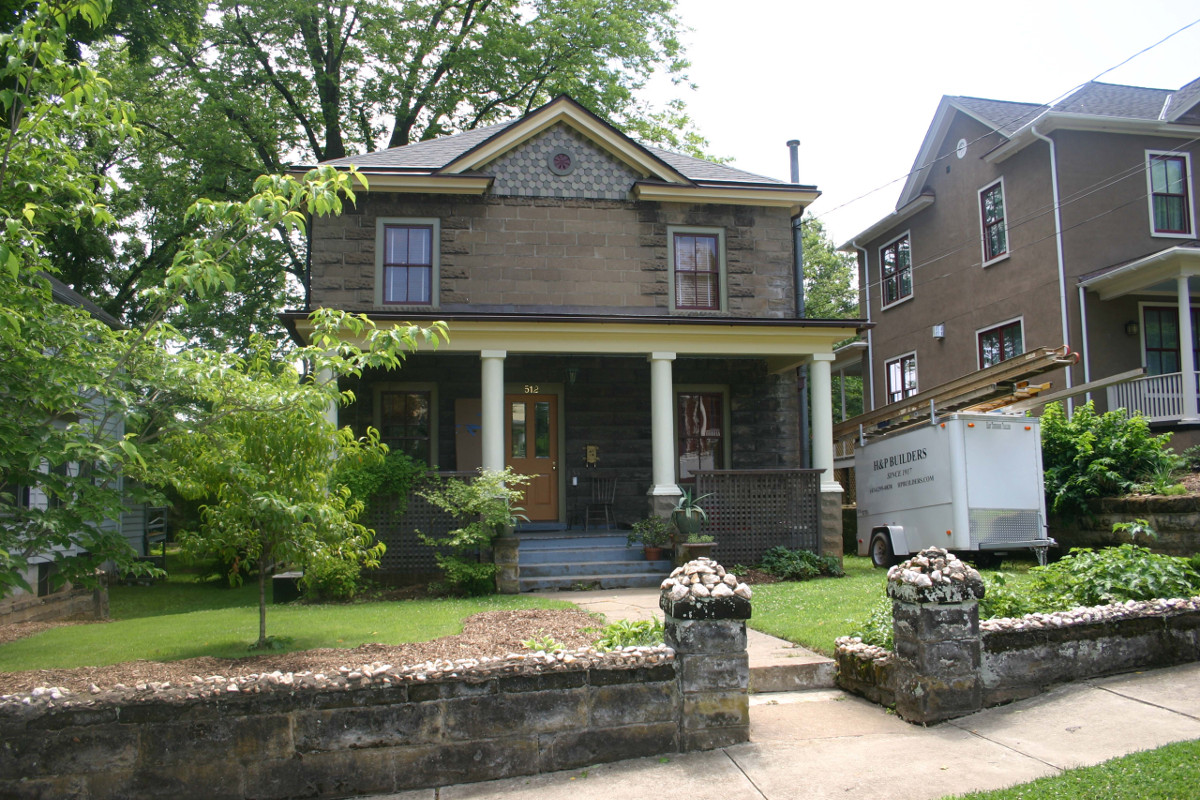 The area in Charlottesville that now comprises the Martha Jefferson Historic District was part of the Locust Grove plantation in the mid-19th century but developed as a residential subdivision in the late 19th and early 20th centuries by the locally prominent Locust Grove Investment Company because of its proximity to downtown. In 1903, the city’s first hospital, Martha Jefferson Hospital, was established in the south end of the district for this same reason, and it has maintained a strong institutional presence in the area to this day. While close to downtown, the neighborhood has maintained a suburban feel through its landscaping and primarily residential architecture. It became the home of many of Charlottesville’s prestigious businessmen and their families, and contains one of only two public burying grounds in the city, Maplewood Cemetery, which was first established in 1827. Though most homes were built by the 1920s, the neighborhood continued modest development through the 1950s. It remains as an intact representation of Charlottesville’s early suburban growth.

In 2011, a nomination addendum was accepted into the National Register which added the area of Health/Medicine for the significance of the Martha Jefferson Hospital to the historic district.  The 2011 documentation is included as an amendment to the original 2007-2008 nomination.
[NRHP Accepted: 12/15/2011]