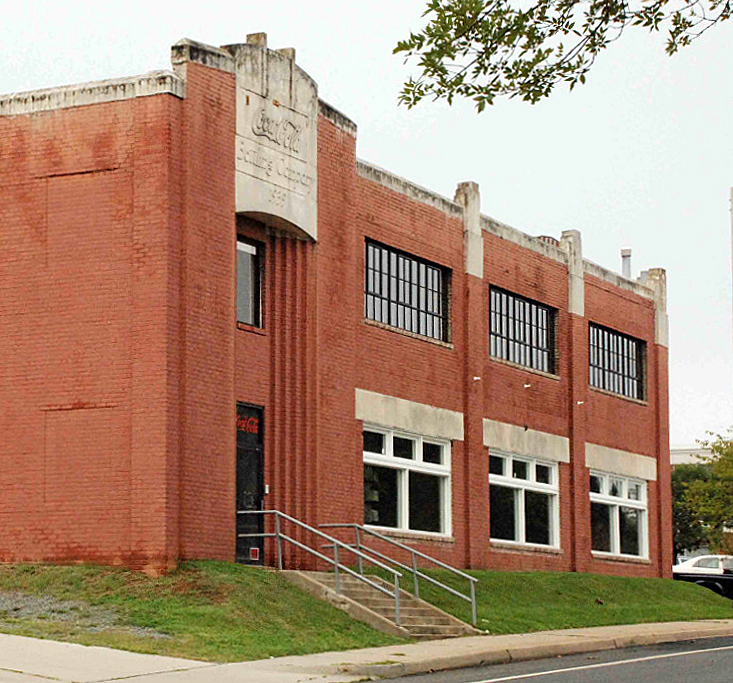 Constructed in 1939, the Charlottesville Coca-Cola Bottling Works is one of the city’s largest and most prominent examples of Art Deco architecture. The building’s front side highlights the company’s signature logo, which is set above a recessed entrance. The company used the building as a bottling plant until 1973, and thereafter as a distribution center until it closed in 2010. In 2012 it was repurposed using historic rehabilitation tax credits to house offices and laboratories for a company that specializes in immunodiagnostics and biotechnology.