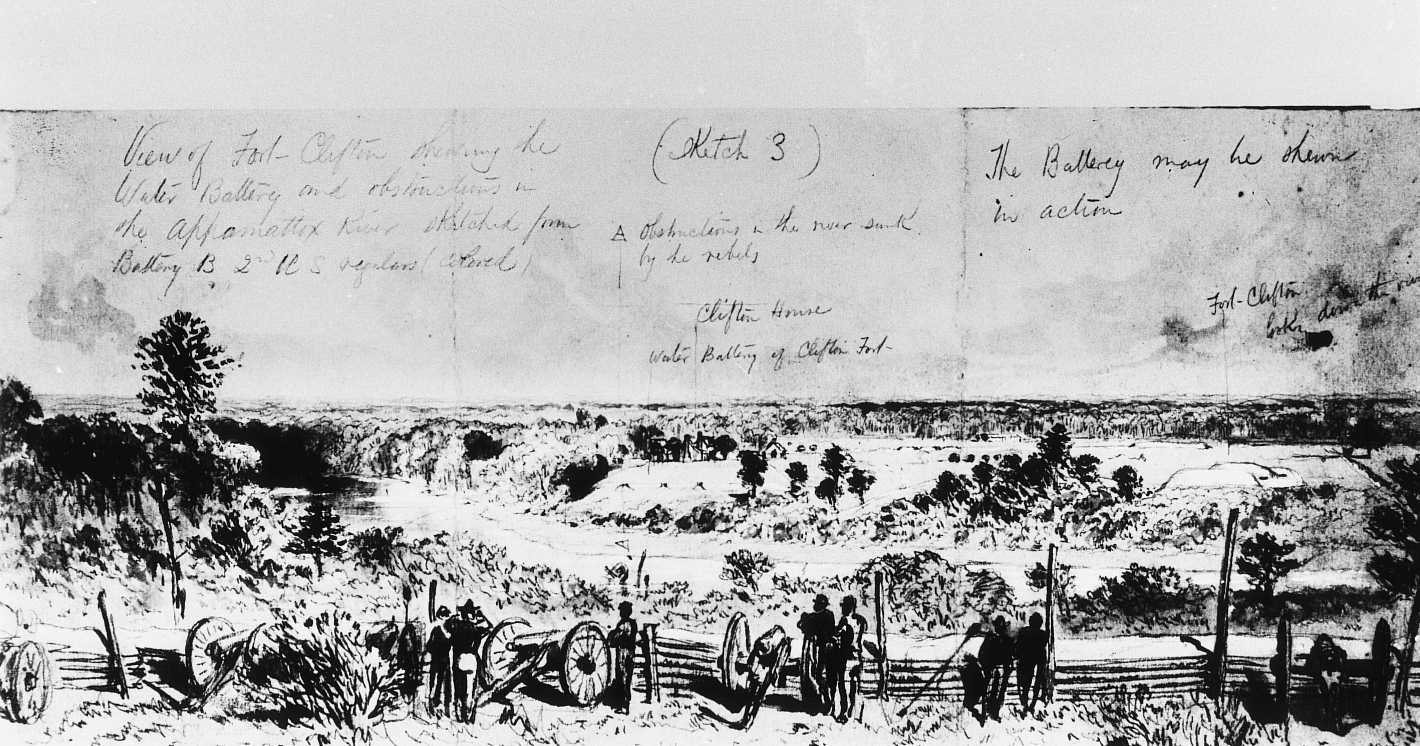 Part of the elaborate system of defensive Confederate earthworks situated for the protection of both Richmond and Petersburg, Fort Clifton was built in early May 1864 and named for the house that stood nearby. As soon as it was completed, the fort came under attack from five Union gunboats supporting Federal troops engaged at Swift Creek. One gunboat was crippled by return fire and the others withdrew. Fort Clifton was attacked twice more, on June 10 and 16, but to no effect. An impressively large and well-preserved example of Confederate fortifications, Fort Clifton is today owned by the city of Colonial Heights.