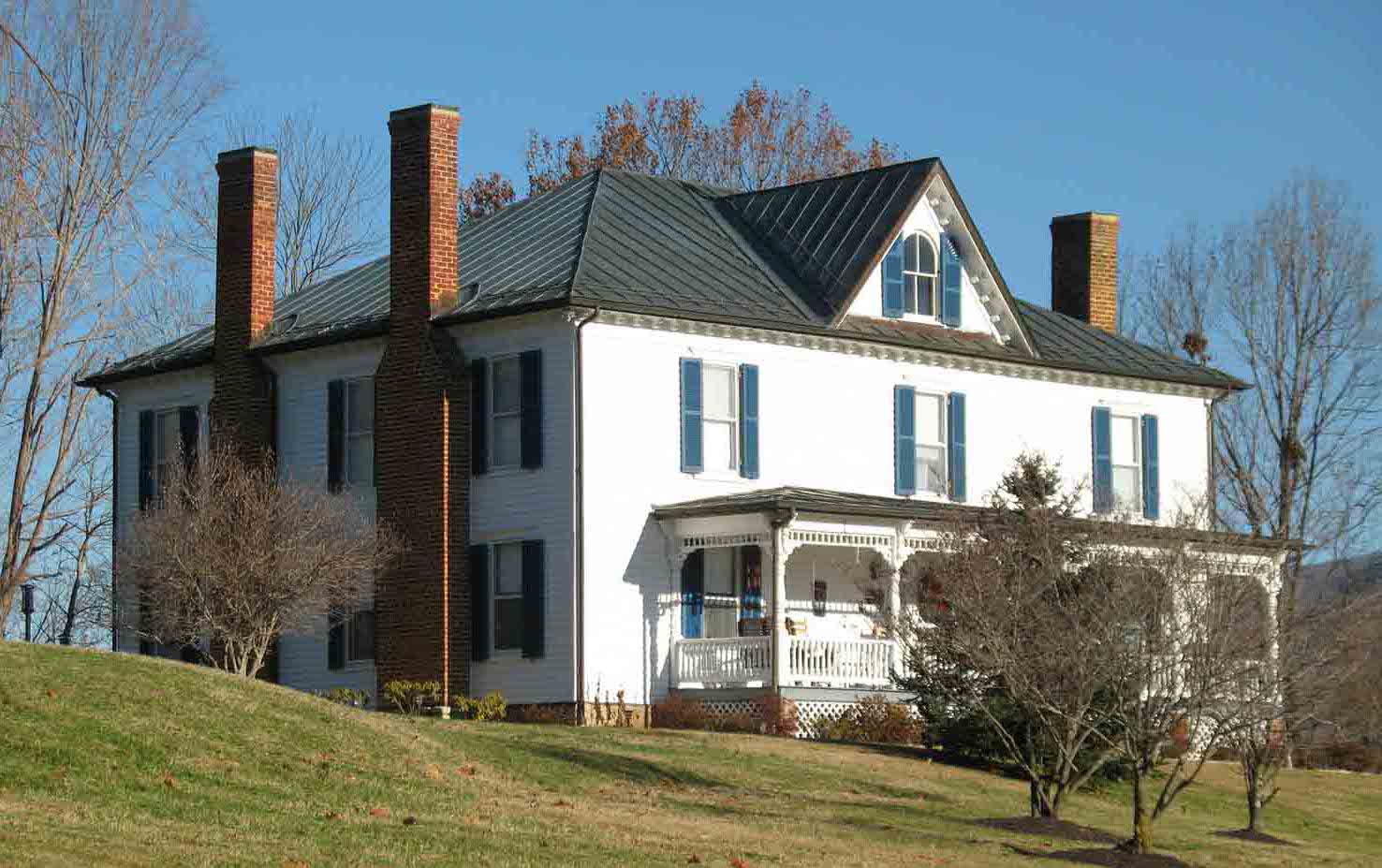 For almost two centuries, this much-expanded dwelling was home to the Fudge family. The Fudges were of German descent from Rockingham County; their name was originally Futch. The property was acquired by brothers Christian and Conrad Fudge in 1795. Around 1798, Conrad Fudge built a two-story log house that is the core of the present dwelling. Fudge substantially enlarged the house in the 1820s, adding a large brick section and new chimneys. His son Andrew inherited the property in 1849. He farmed the land and operated a distillery in addition to serving as the county clerk. Andrew’s son Joseph and three of his brothers fought in the Civil War, serving in the Stonewall Brigade. Joseph inherited the property and further enlarged the house in 1897, giving it its present Victorian appearance. The house was sold out of Fudge family ownership in 1991.