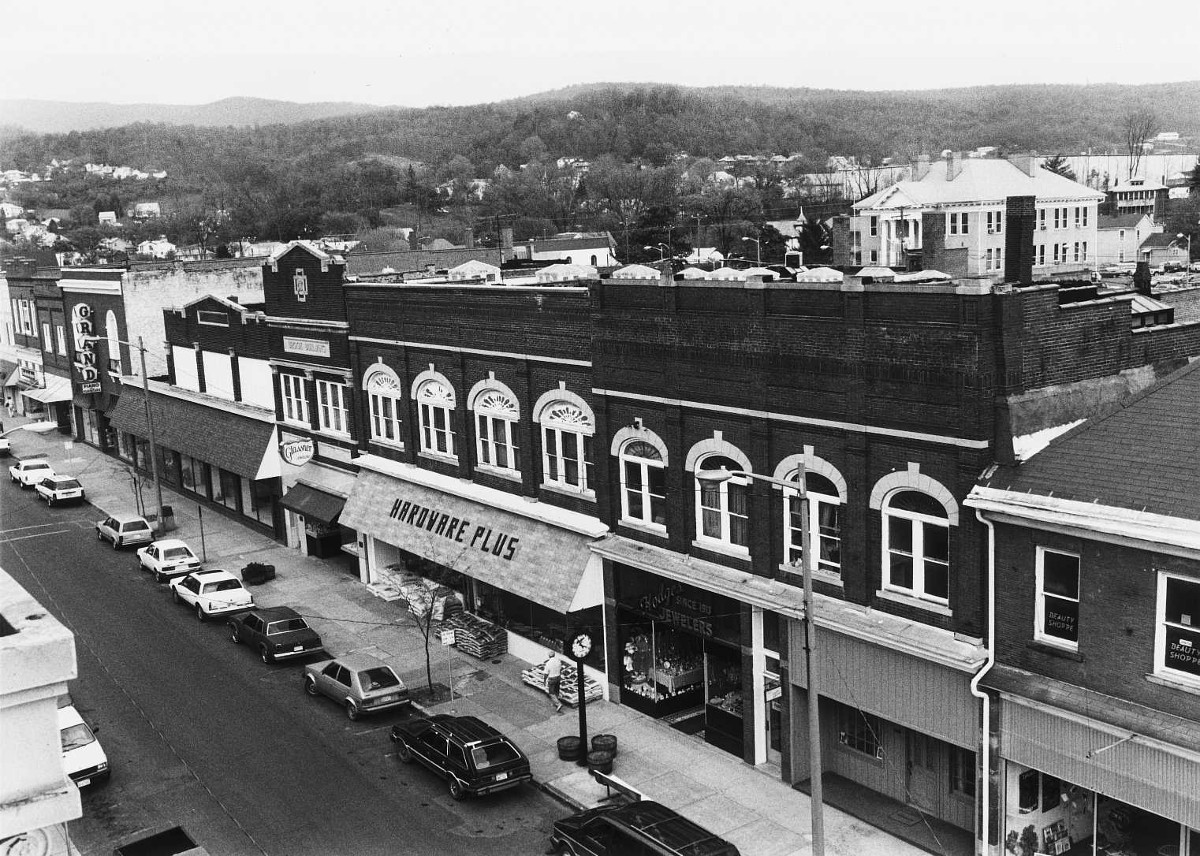 Covington was laid out along the Jackson River in 1818 and became the county seat in 1822. The historic district is primarily commercial in character and includes most of the land in the original forty-acre grid. A full range of small-town architectural types can be found here, from the 1910 county courthouse designed by Charles M. Robinson, to blocks of typical “main-street” commercial structures. Also in the district are two small residential neighborhoods—along Locust and Riverside streets. At least six antebellum buildings survive, but most of the district’s fabric dates from 1890-1940, a period of urbanization brought on by the 1890 consolidation of the Chesapeake and Ohio railroad and the establishment of several large industries, most notably the West Virginia Pulp and Paper Co. Industrial development was effectively pursued by the Covington Improvement Company, established in 1890.

In 2004, the district was amended to include the Confederate monument, erected in 1911, which had not been included as a contributing resource to the district in the original nomination. The Confederate Memorial was erected at the cost of three-thousand dollars, a large sum of money for a small town in 1911.
[VLR Accepted 4/21/2004; NRHP Accepted 6/9/2004]