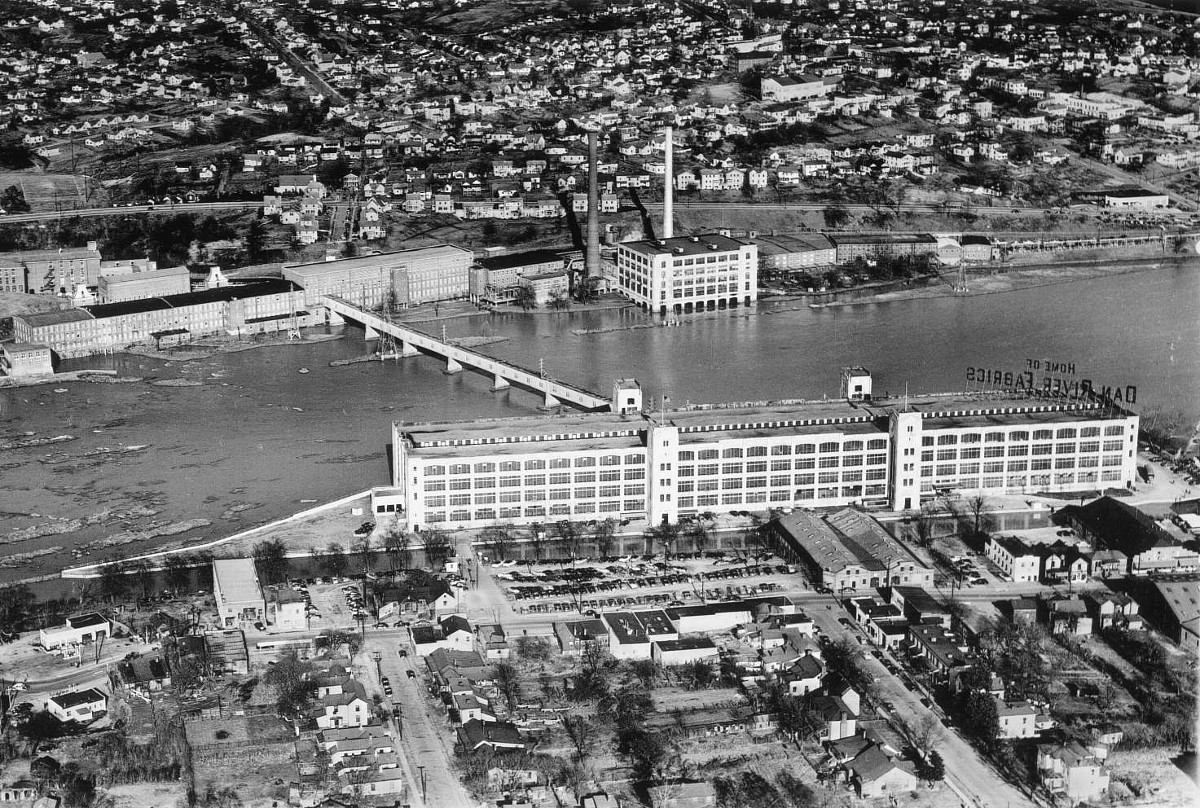 The Riverside Division buildings of Dan River Inc. represent several stages in the century-long development of one of America’s major textile companies, including the firm’s first cotton mill at the corner of Main and Bridge streets in downtown Danville. The complex consists of six cotton mills and a flour mill. Also in the extensive assemblage are two masonry dams, warehouses, a dye house, a machine shop, a research building, the remains of a power canal, and a number of support buildings such as boiler houses and coal bunkers. The major architectural styles range from the relatively small, brick vernacular mills and outbuildings of the “cotton factory fever” of the 1880s and 1890s to the massive concrete modernist structure of the 1920s. The complex forms an important component of the industrial image of this Southern manufacturing city.