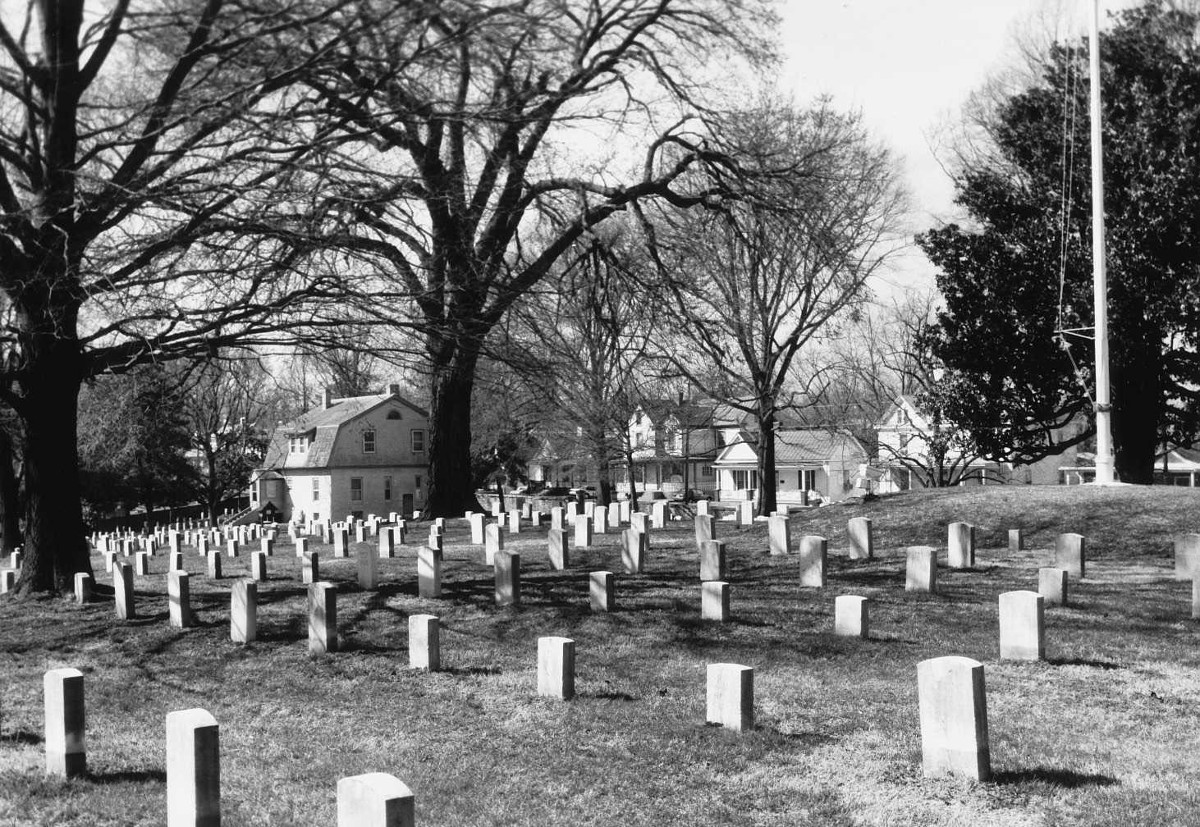 Established in December 1866, the Danville National Cemetery first was used to inter Union prisoners of war who died in the tobacco warehouses and factories that were converted into Danville’s Confederate prisons. Most of the dead, 1,170 known, and 143 unknown, were enlisted men and noncommissioned officers who succumbed to diseases ranging from pneumonia to scurvy. The cemetery also has four group burials, of sixteen U.S. Army and U.S. Army Air Force casualties of World War II. Their remains were reinterred in 1949 from cemeteries in France, Italy, and Honduras. The oblong cemetery is surrounded by a low stone wall and is entered by wrought-iron gates. The original 1870s superintendent’s lodge was demolished in 1928 and replaced with the present Colonial Revival structure.