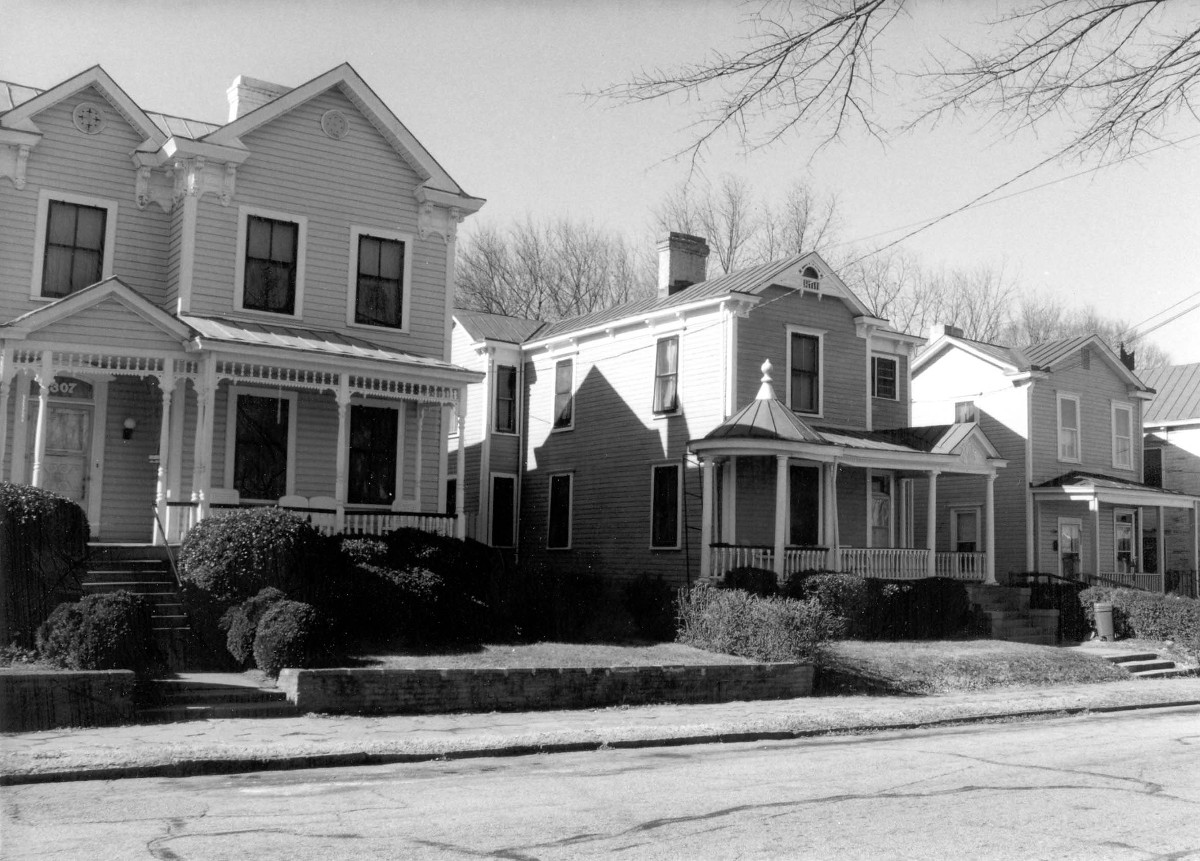 Holbrook-Ross Street Historic District is significant for its evolution into a distinctive African American neighborhood in the late 19th and early 20th centuries. Architecturally, the 116 buildings in the 200-400 block of Holbrook and Ross streets, and on the Maury, John, Doe, and Gay cross streets, feature a full range of styles found at the turn-of-the-20th century through the 1930s. The Holbrook-Ross community had its beginnings in the post-Civil War period. By the 1880s, a community began to take shape around the Danville Industrial School. Along with a high concentration of teachers in the area, African American doctors, dentists, lawyers, and postal clerks populated the area. Holbrook became “the street” for African Americans by the late 19th century. In addition to Queen Anne-style houses and bungalows, the educational, religious, and commercial buildings complete the Holbrook-Ross urban viewscape. The Holbrook-Ross area is an important part of Danville’s historic fabric.