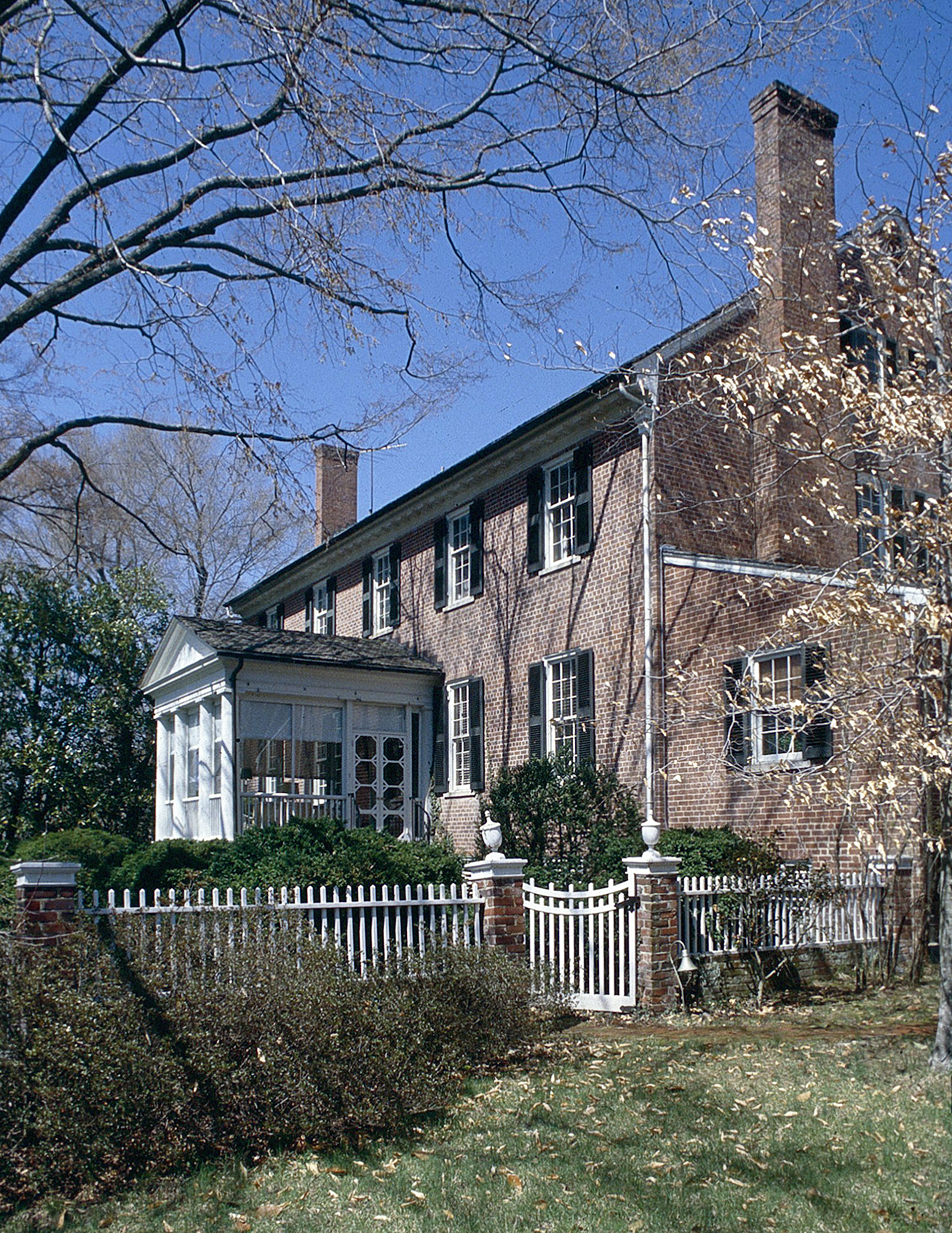 The main residence of this Dan River plantation is one of the several stately brick dwellings erected during the early 19th century, the region’s period of ascendancy. The formal five-bay structure was built ca. 1833 for Robert Wilson, a Pittsylvania County planter. Its similarity to another Pittsylvania County house, Oak Hill, designed and built by James Dejarnett, an area master builder, has led to the attribution of Dan’s Hill to Dejarnett. In contrast to its relatively plain exterior, Dan’s Hill’s interior is finely trimmed with Federal woodwork, marble mantels, and ornamental plasterwork ceilings. The several contemporary outbuildings include an octagonal summerhouse and a brick greenhouse, both relatively scarce examples of their respective types. Dan’s Hill’s setting is enhanced by formal gardens retaining their 19th-century layout of walks and beds.