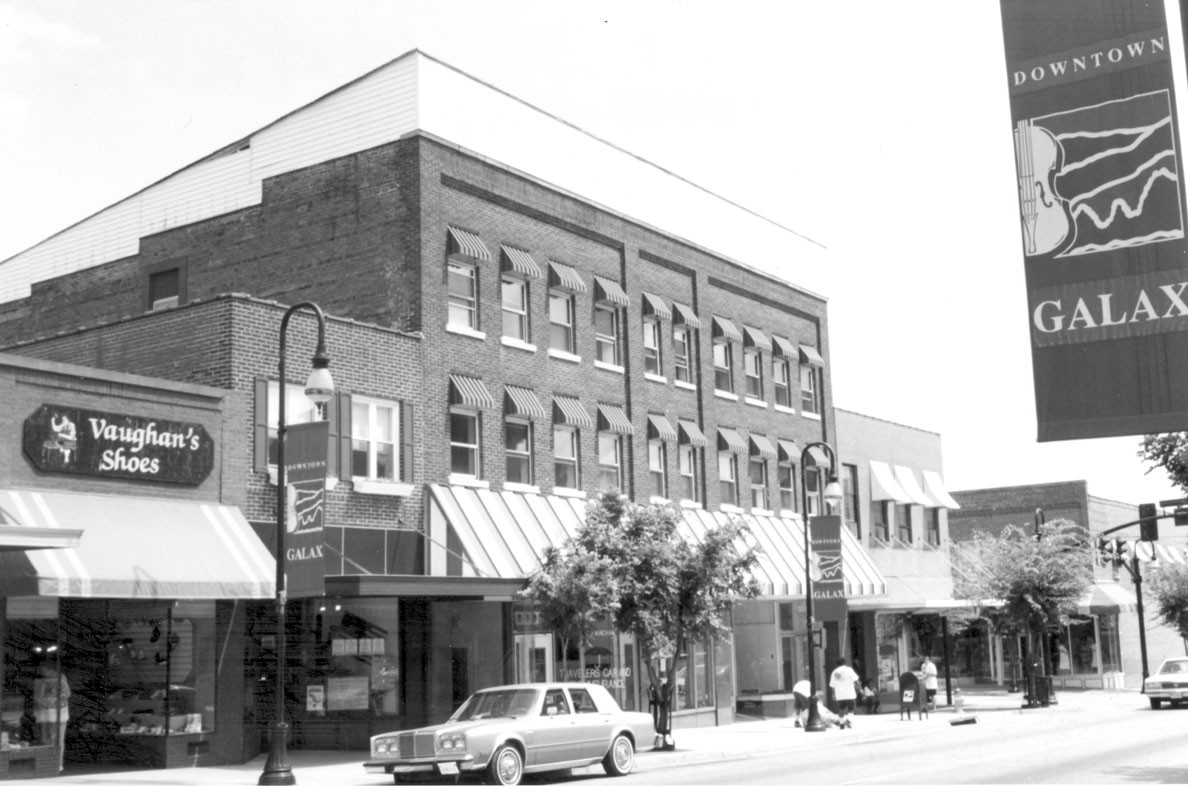 The historical significance of the district lies in its unique development within a planned manufacturing and commercial town during the early decades of the 20th century. Through the efforts of several prominent citizens in the area, Galax was designed and built by the merchant class for the merchant class, on a gridiron plan with rectangular blocks. It was believed that the plan would foster equal competition in private enterprise and would allow businessmen to express themselves through the architecture of their buildings. Most of the buildings were constructed between 1920 and 1940 and exhibit the range of storefront styles that were popular at the time, with large, plate-glass display windows, recessed entrances, and decorations such as recessed panels, elaborate, corbeled brick patterns, and stepped parapets.

In 2008 the district boundary was increased to encompass the circa-1920 Pearlman House, one of the few surviving examples of a residential property on West Oldtown Street adjacent to the commercial area. Built by a Jewish family who operated the L. Pearlman Fashion Shop on South Main Street, the residence allowed the owners to live close to their retail business. Louis Pearlman relocated to Galax from New York and operated his shop during a period when the area was rapidly transitioning from residential to commercial use.
[VLR Listed 9/18/2008; NRHP Listed 11/12/2008]