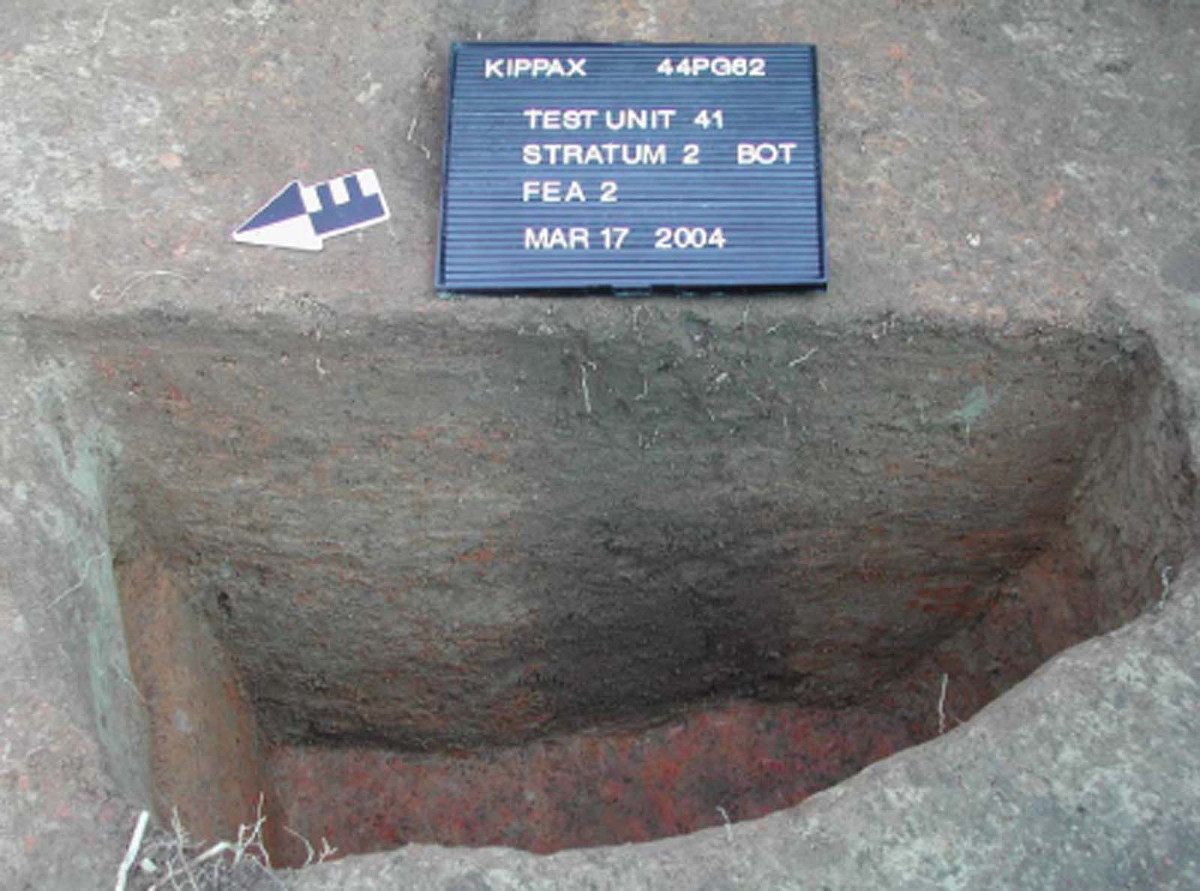 The Kippax Plantation Archaeological Site is located just below the fall line of the Appomattox River in Hopewell. This location has made it appealing for settlement from the Archaic period to the present, providing valuable information about several periods and cultures. Many Archaic and Woodland period (8000 B.C.–A.D. 1600) artifacts have been found, though no structures have yet been identified. The site is best known for its colonial-period occupants, the Bolling and Bland families, and its connection to Jane Rolfe, the granddaughter of Pocahontas, who may be buried on the site. Archaeologists have found the remains of at least four colonial-period structures: a late 17th-century house; a late 17th- or early 18th-century slave quarter; an 18th-century brick house, and another 18th-century outbuilding. They may contain information about colonial trade and mercantilism through the activities of Robert Bolling, a major early land owner, planter, and trader, who married Jane Rolfe, and about the early history of slavery in Virginia. Overall, artifacts have been found ranging from these early trade goods right up to the mid-20th-century dairy operations of the Heretick family.