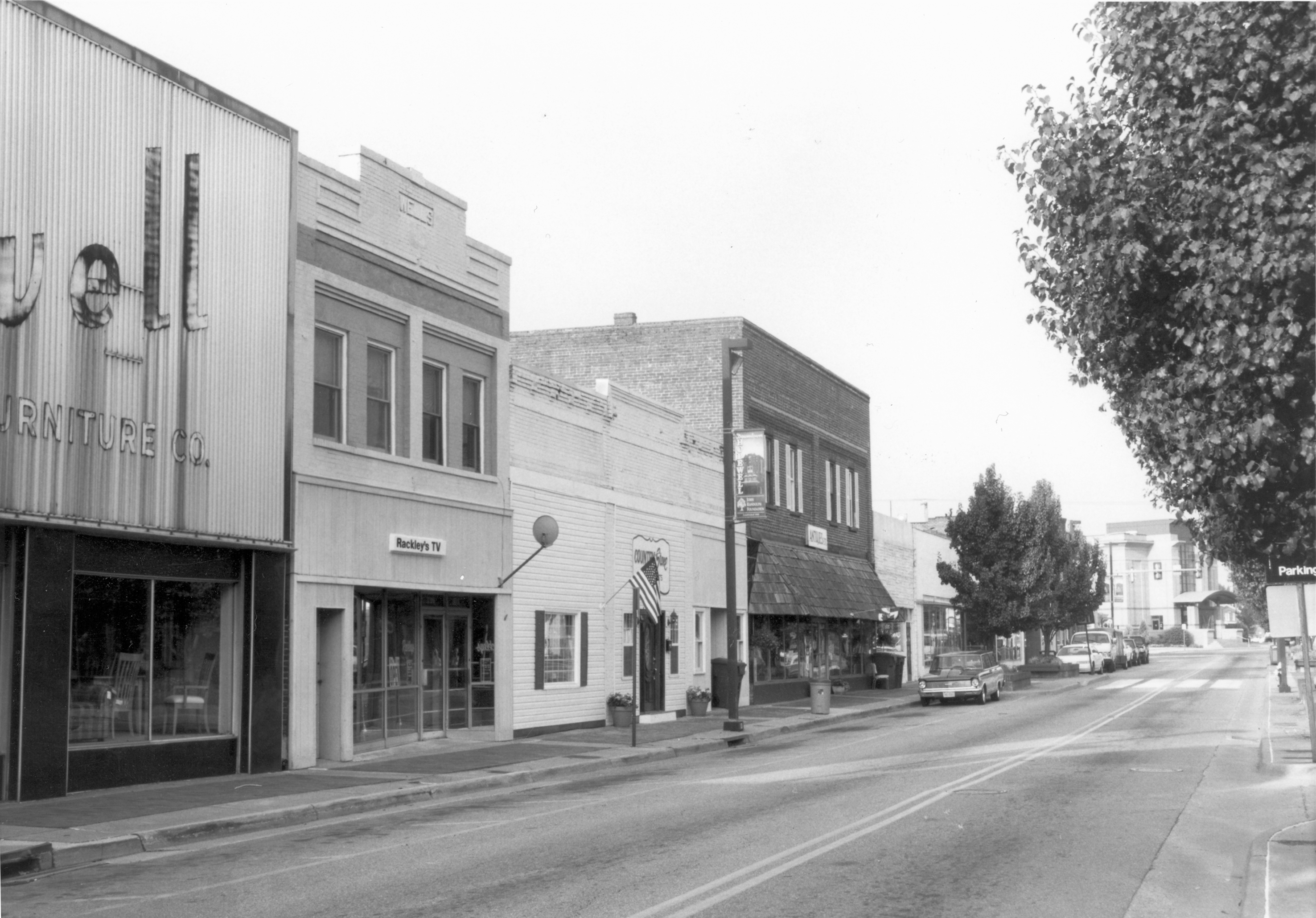 The Downtown Hopewell Historic District contains the commercial heart of the city of Hopewell. It grew from a massive industrial development fueled by the Du Pont Corporation prior to and during World War I. As Hopewell coalesced as a viable city, the downtown area also became the center of government. The construction of new brick buildings following a 1915 fire announced that Hopewell was there to stay. The district contains modest commercial buildings mainly located on Broadway. Nearby are the handsome Classical Revival-style Municipal Building, an elegant Colonial Revival post office, and other office and commercial structures. Within the district is the Beacon Theatre, itself listed in the state and national registers.

In 2013, an update and boundary adjustment brought the district’s Period of Significance forward to 1960. That year marked the construction of The Arcades Building, which represents the last example of a distinctive style of commercial canopy that formerly characterized the facades of many of Hopewell’s commercial buildings. The newly included buildings were constructed during the expanded period of significance and also during the protracted economic boom that followed the end of World War II.
[VLR Listed: 3/21/2013; NRHP Listed: 5/28/2013]

In 2015 an additional boundary extension was carried out to reflect the city’s prolonged period of commercial, industrial, and governmental development from World War I through World War II as well as the emerging importance of the automobile and vehicular traffic during the post-WWII period. The boundary increase tells the story of the city’s commercial development up to the mid-1960s, when postwar economic prosperity finally began to slow. The district extension emphasizes the significance of personal automobiles in shaping postwar commercial development and, eventually, suburbanization patterns that pulled investment away from traditional downtown areas.
[VLR Listed: 6/18/2015; NRHP Listed: 8/24/2015]

A 2017 boundary increase for the previously-listed Downtown Hopewell Historic District extends the district to incorporate several buildings associated with transportation, commerce, and local government. Underscoring the use and ownership of cars in the post-World War II era, the expanded district now includes two service stations, an auto parts store, and an automotive dealership designed in the Art Moderne style. The expansion also features a two story former jail constructed in 1928 in a style known as Stripped Classicism.
[VLR Listed: 12/14/2017; NRHP Listing: 4/26/2018]