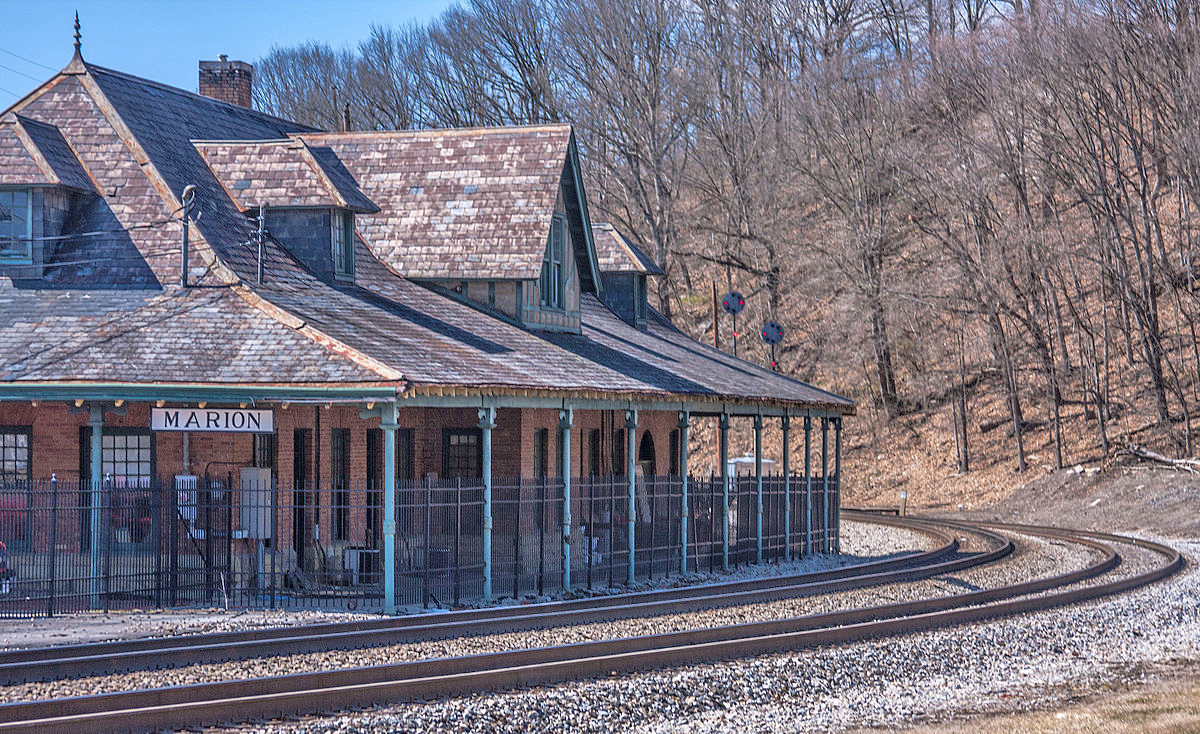 This turn-of-the-20th-century depot in the Smyth County town of Marion provided passenger service, express freight, and telegram service to the area for 67 years. Marion was a hub of regional transportation as early as the 1840s. In 1903 the Norfolk and Western Railway Company chose Marion as a site for a new passenger and freight station, and contracted with J. C. Nesbit of Harrisburg, Pa. to build the facility. The carefully detailed structure, with its spreading hipped roof and wide dormers, illustrates the high standards of design for N & W Railway facilities. Such stations were usually designed by railroad company architects. Passenger service was continued here until 1971. In 1993 the building was sold to a developer and converted to office and retail use, a project that preserved a handsome relic of a fast-disappearing aspect of the American scene.