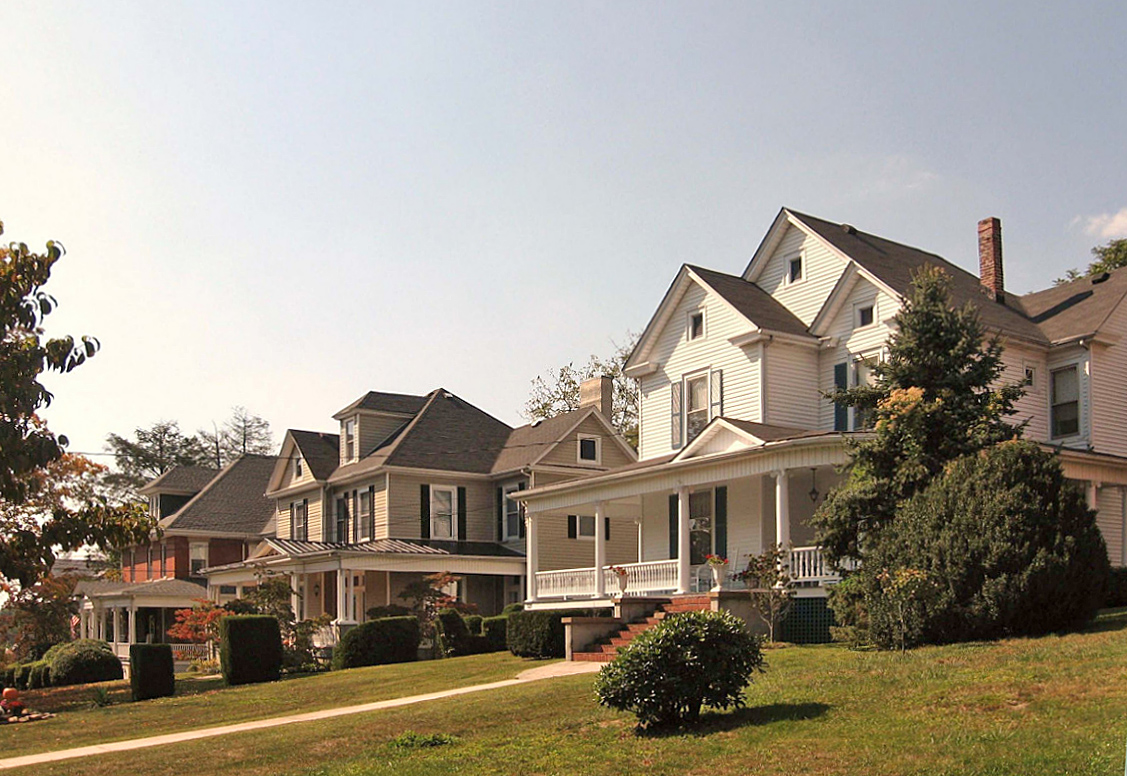 The Marion Historic District incorporates the town of Marion, which was established in 1832 as the county seat of Smyth County. The large district includes the full range of late-19th- and early-20th-century residential, commercial, and institutional structures that reflect its development as the political, industrial, and commercial center of Smyth County. With the Middle Fork Holston River (paralleled by the railroad) serving as a northern and western boundary, the town is laid out in a grid pattern along West and North Main Streets (Route 11), which curve to follow the river. The principal commercial buildings line Main Street, and the earliest residential areas were along Main Street as well. Later residential areas expanded to the north and south. Due largely to its location on a principal road and its siting near both water and rail transportation routes, as well as its central location in Smyth County, which is rich in mineral and lumber resources, Marion displays commercial and residential buildings of significant quality. These buildings date from about 1900 to the present, with a scattering of structures from the town’s earlier years, dating from about 1855. The district is tightly organized on a street grid first laid out in 1832 and centered around an imposing Beaux-Arts-style courthouse.

In 2011, the boundary was extended to include an intact, contiguous area containing commercial and institutional properties lining the principal blocks of Main Street and domestic structures in neighborhoods to the north and south.
[VLR Listed 12/18/2008; NRHP Listed 7/28/2011]