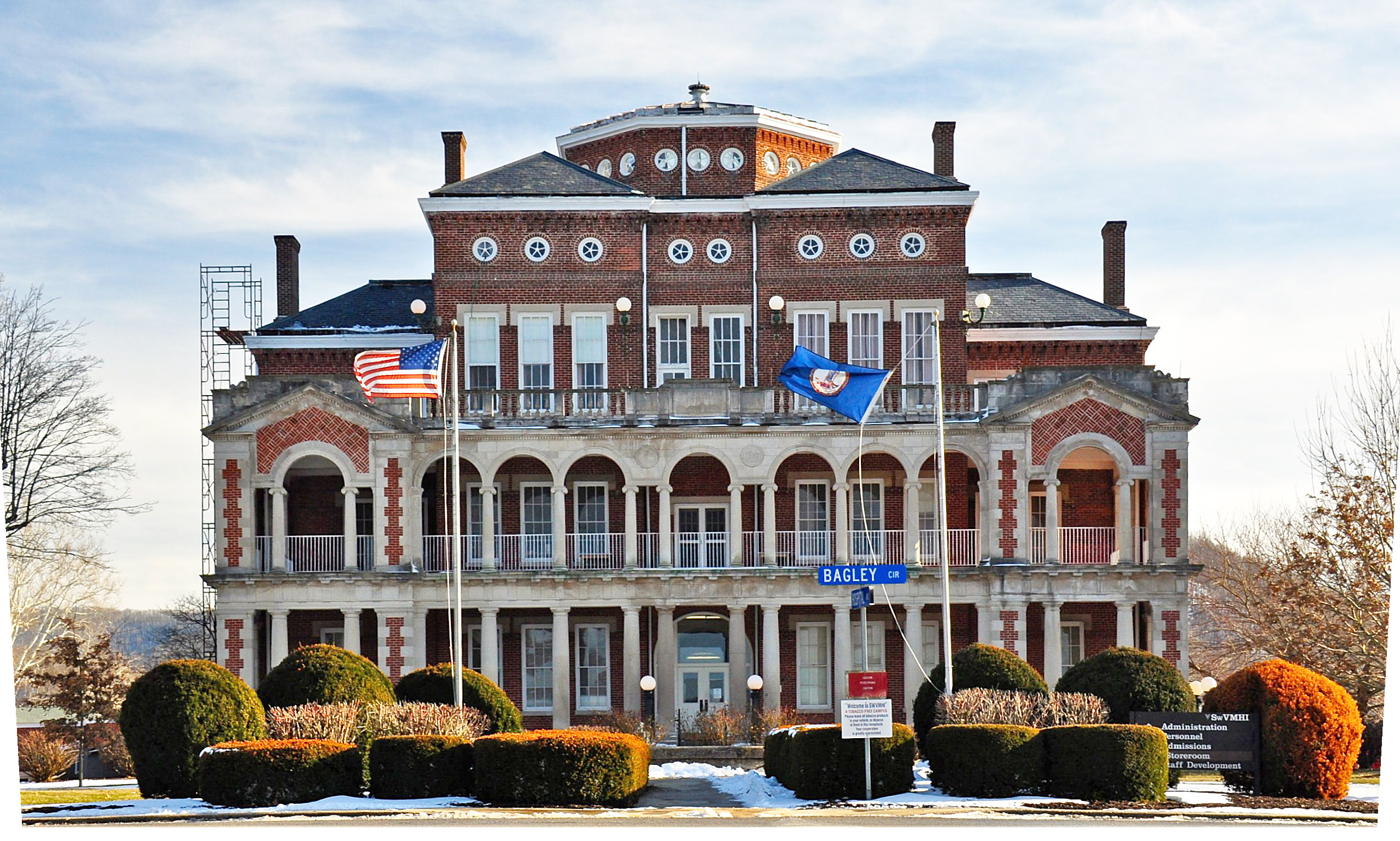 The Henderson Building, the main building of Southwestern State Hospital in the town of Marion in Smyth County, was constructed in 1887 as part of Virginia’s program to provide expanded mental health care and services to its citizens. The hospital was one of several large regional facilities. Its domed centerpiece was designed by McDonald Brothers of Louisville, Ky., and was later named for Dr. E. H. Henderson, the hospital’s superintendent from 1915 until his death in 1927. The building was given an arresting visual presence by the 1930-31 addition of beautifully crafted Italian Renaissance-style galleries across the facade. Large connected wings, built in 1896 for hospital wards, were razed in 1986, and were replaced with more modern patient-care facilities. The main section, however, continues to house the administrative offices.