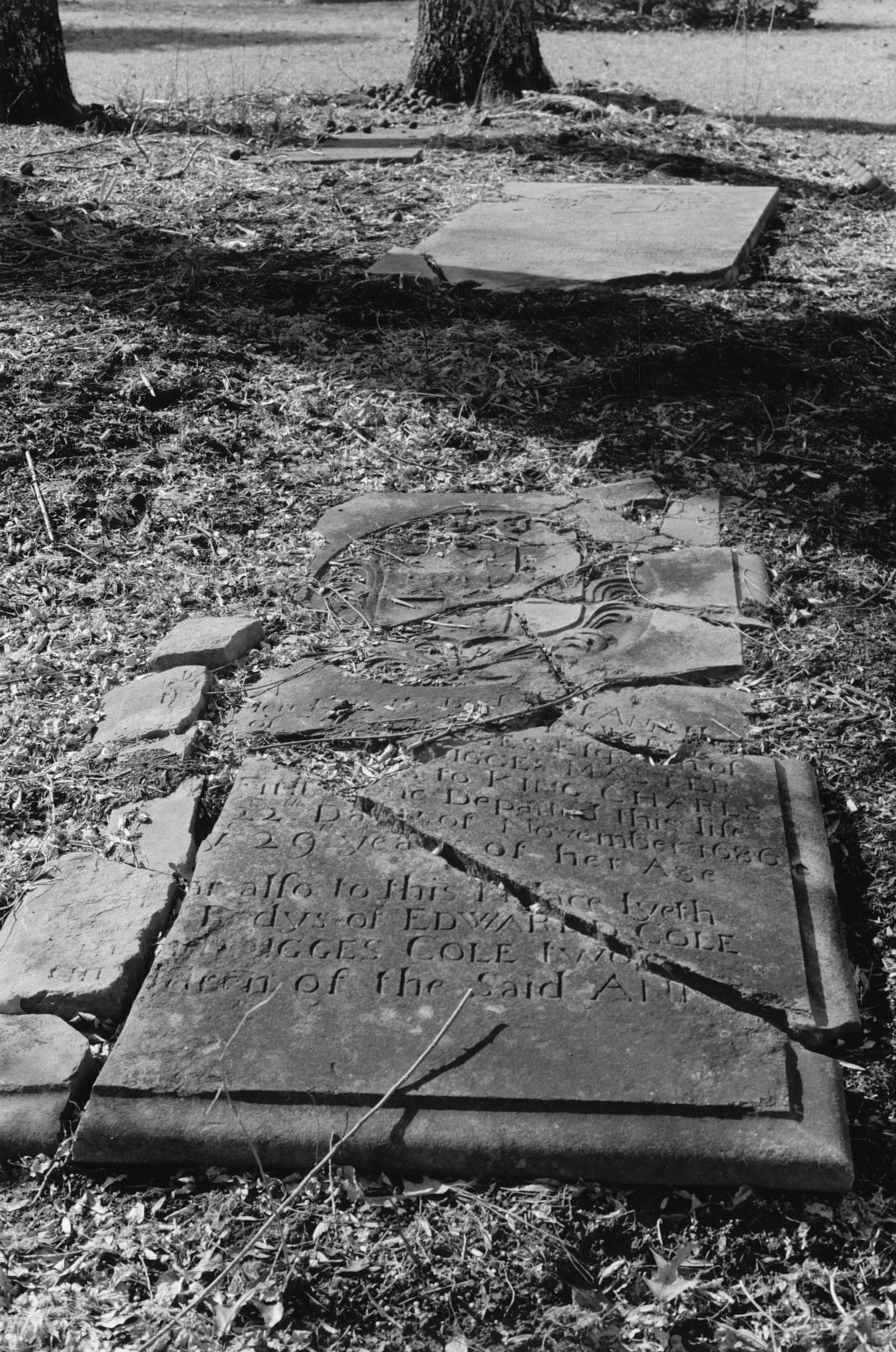 Now a modern residential development, Boldrup Plantation is associated with several of Virginia’s most august 17th-century names. The property was patented by William Claiborne in 1626, and was later the home of Elizabeth Piercy Stephens, who in 1638 married Governor Sir John Harvey. It then reverted to Samuel Stephens, second governor of Albemarle (North Carolina). At Stephens’s death in 1669, Boldrup passed to his widow, Frances Culpeper Stephens, who in 1670 married Governor Sir William Berkeley. The Berkeleys sold Boldrup in 1671 to Lt. Col. William Cole, a colonial secretary of state. Cole’s 1691 armorial grave slab and those of his second and third wives are the only visible objects remaining on site. They lie in the front yard of a house on Patrick Lane. Other sites, including that of a pit house, were salvaged by Virginia Department of Historic Resources archaeologists in the 1980s.