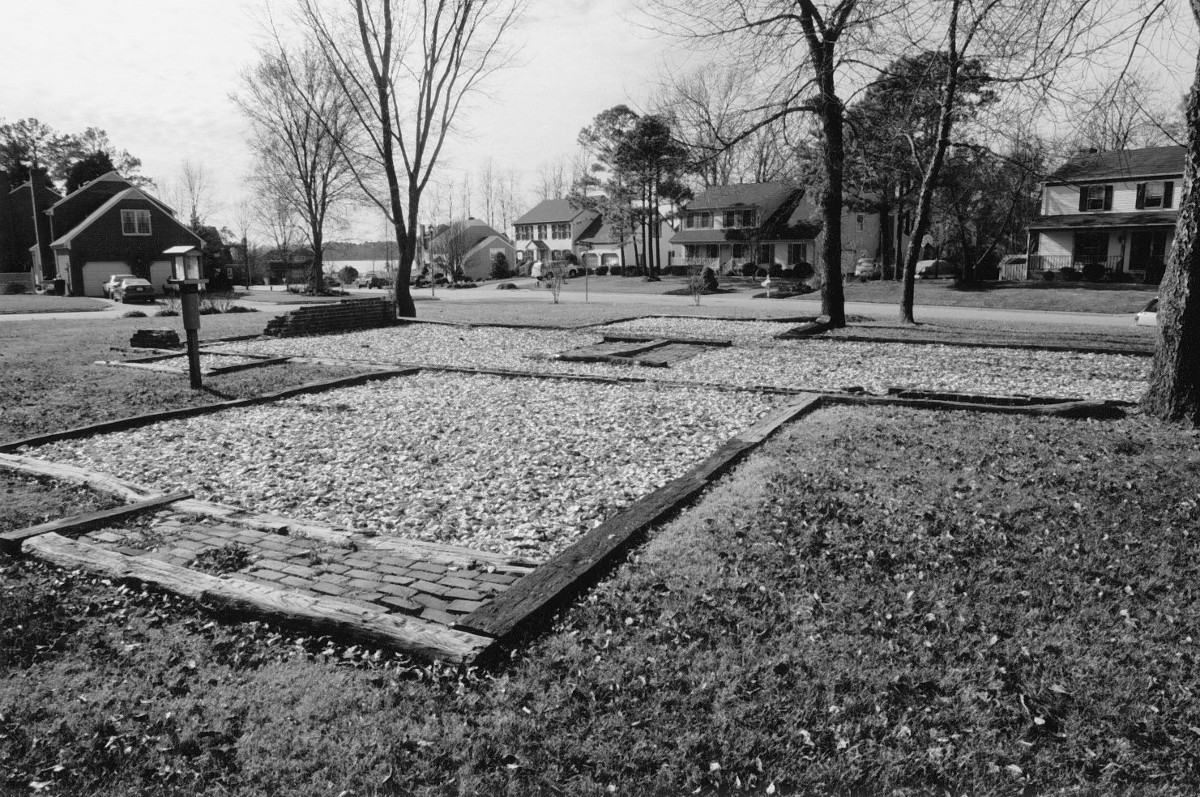 Much has been learned of Virginia’s early domestic life from the archaeological work of Ivor Noël Hume of the Colonial Williamsburg Foundation. Among the sites excavated by him in the 1960s is that of the first Mathews Manor house, a post-medieval house with a center chimney and projecting porch, built ca. 1626 for Capt. Samuel Mathews. The house burned and was replaced by a smaller house in the 1650s. Mathews returned to England in 1653, so the latter dwelling was probably constructed by his son Samuel Mathews, Jr., who served as governor of the colony under the English Commonwealth from 1656 to 1660. Also within the registered Denbigh Plantation Site area is the site of an 18th-century Digges family plantation house and several 17th-century industrial sites. The manor house foundations have been capped and are preserved within the small park of a residential neighborhood.