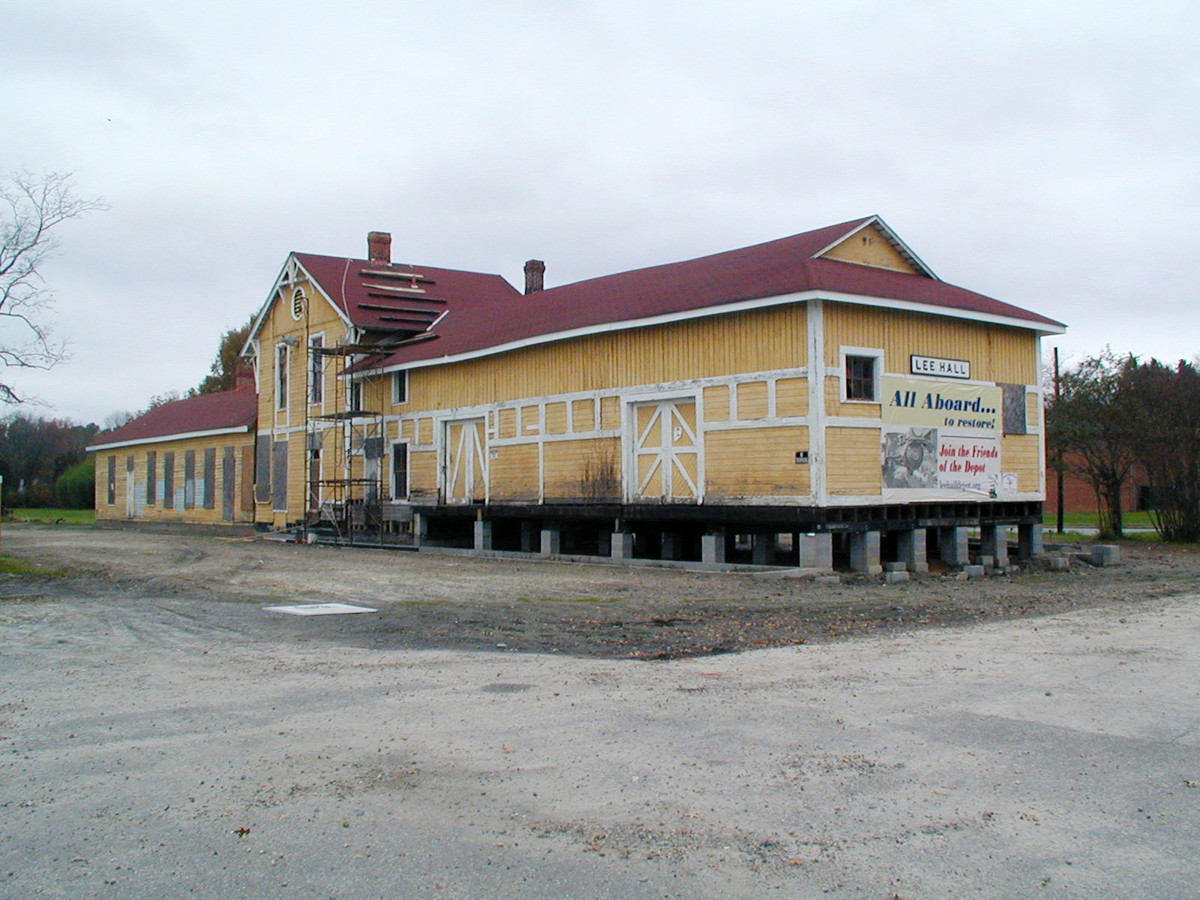 Lee Hall Depot, located in the City of Newport News, was erected circa 1881 on the Chesapeake & Ohio rail line. The depot gave rise to the village of Lee Hall. A wood Stick-style building consisting of a two-story central section flanked by single-story wings, the depot also served communities in lower James City County. It is the only remaining station of five on the Lower Virginia Peninsula that resulted from the railroad’s expansion into Warwick County (present-day Newport News). Passenger service at the station ended in the late 1970s, and in 2008 CSX (formerly C&O Railroad) donated the depot to the City of Newport News. The city relocated the building across the tracks to prevent its demolition.