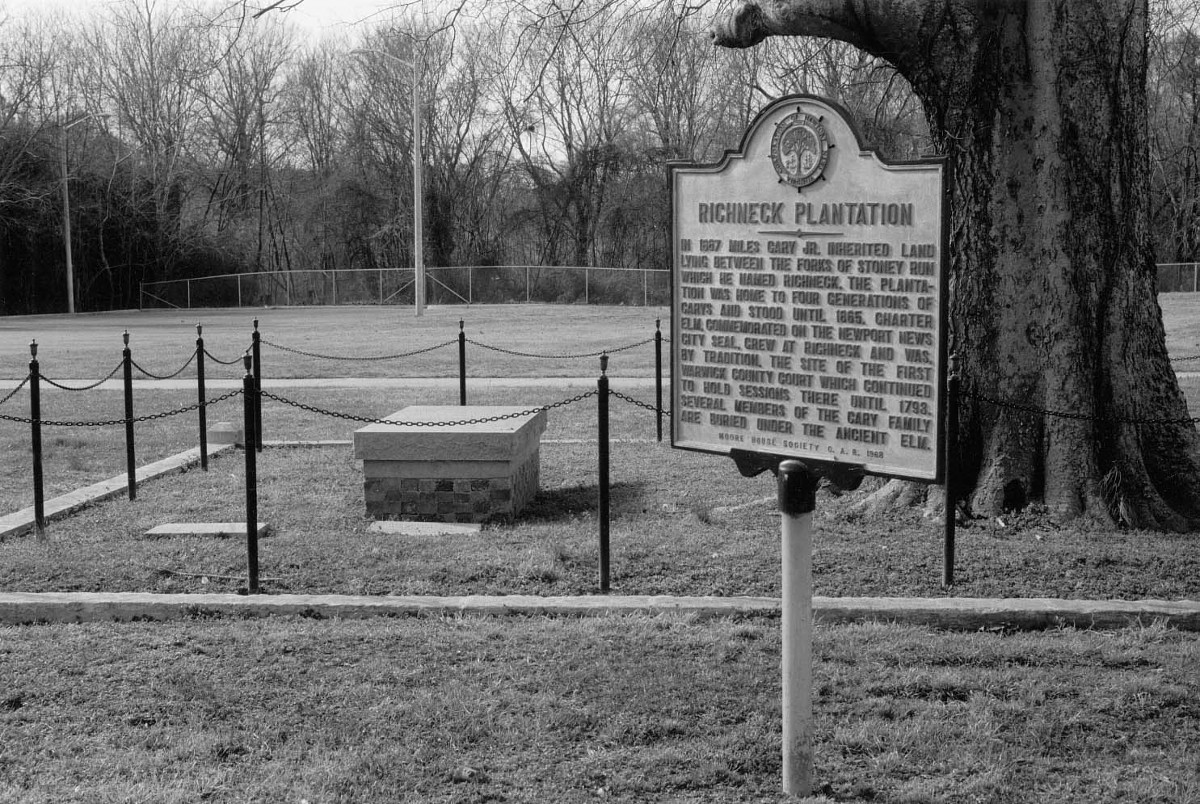 Richneck was an early seat of the Cary family. The original dwelling, a cruciform house, was likely built in the late 17th century for Miles Cary, Jr. (1655-1709), who held several colonial offices including the rectorship of the College of William and Mary. His grandson, Wilson Miles Cary, was among those Revolutionaries who met in Williamsburg’s Raleigh Tavern to sign the “Association of 1774.” The house burned in 1865. A Cary descendant visited Richneck in 1868 and reported: “the mansion was a pile of ruins, though from the remains of the walls still standing, I could estimate its former extent. It was a long fronted, two storied brick building with the usual outhouses and must have been very commodious.” The graves of Miles Cary, Jr., and his first wife, Mary Milner Cary, remain on what are now the grounds of a public school.