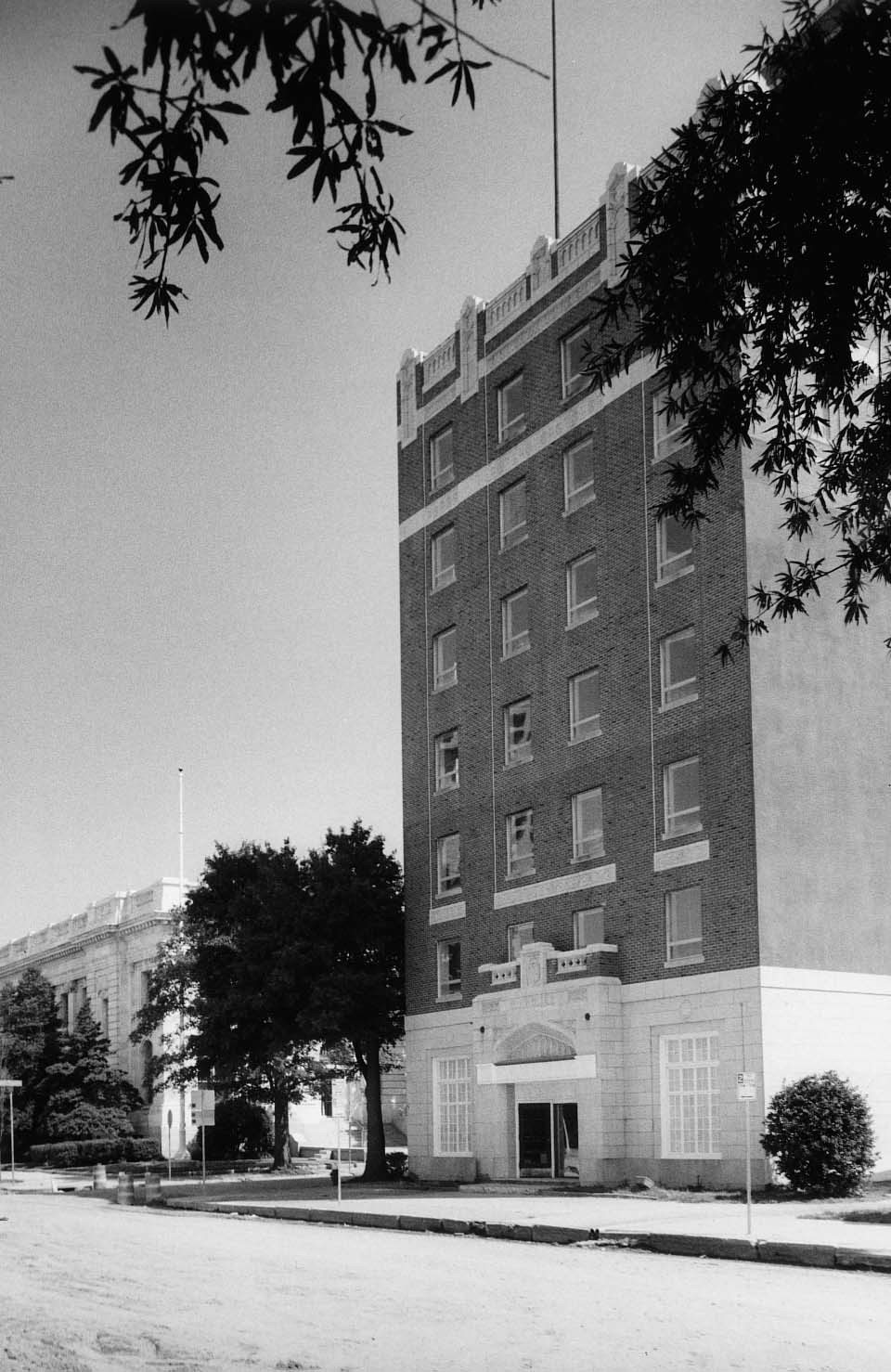 Designed by Norfolk architect J. Kevan Peebles, and conspicuously situated across the square from Victory Arch overlooking Hampton Roads, the Hotel Warwick was the first fireproof skyscraper hotel in Newport News. The hotel is the city’s principal example of the eclectic commercial style of the 1920s and 1930s, combining features of the Art Deco and Tudor Revival styles. It was erected by the Old Dominion Land Co. in 1928 as an expansion of an earlier hotel of the same name, destroyed by fire in 1963. During World War II, the hotel was used to quarter military personnel assigned to work at the nearby shipyards, especially the Newport News Shipbuilding and Drydock Co. A striking feature of the lobby is an entrance doorway surmounted by a crenelated partition of dark-stained oak. The building was renovated in 1995 for low-income housing.