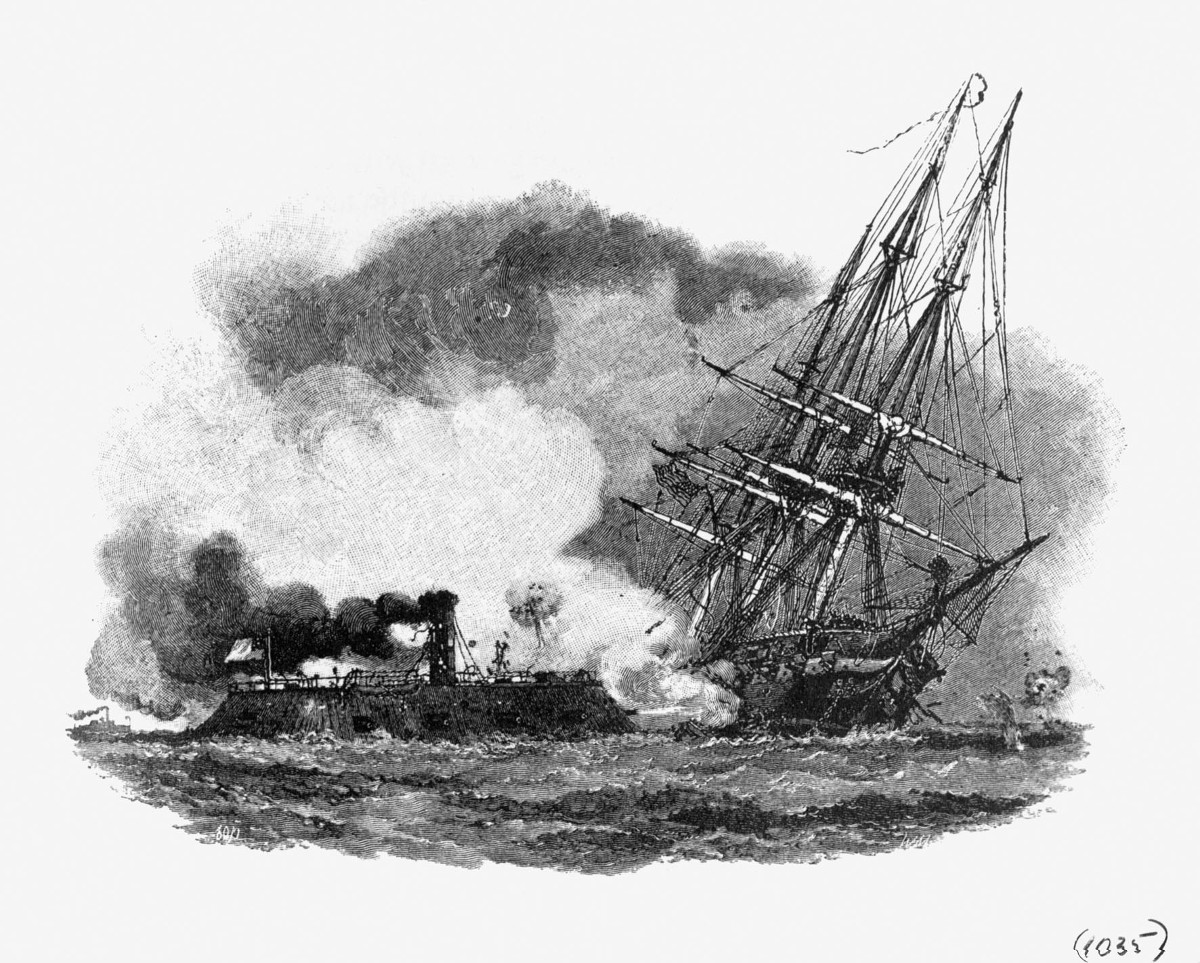 The mid-19th-century shipwreck offshore from Newport News is believed to be that of the USS Cumberland, sunk March 8, 1862. The Cumberland, a full-rigged sailing sloop, was launched in 1842 in Boston. It was part of the Union blockade of the James River when the ironclad Virginia entered Hampton Roads. The Cumberland was the first ship taken on by the Virginia which fired on it at close range and then rammed it. The Cumberland sunk within an hour. Military artifacts salvaged by archaeologists confirm that the wreck is naval. More extensive archaeological investigation should yield valuable data on Civil War naval architecture and artifacts. The engagement with the Cumberland symbolically ended the era of wooden warships. Shown is a view of the Cumberland published in Battles and Leaders of the Civil War (1887-88).
[VLR Listed Only; NRHP Determination of Eligibility, 2/24/1983]