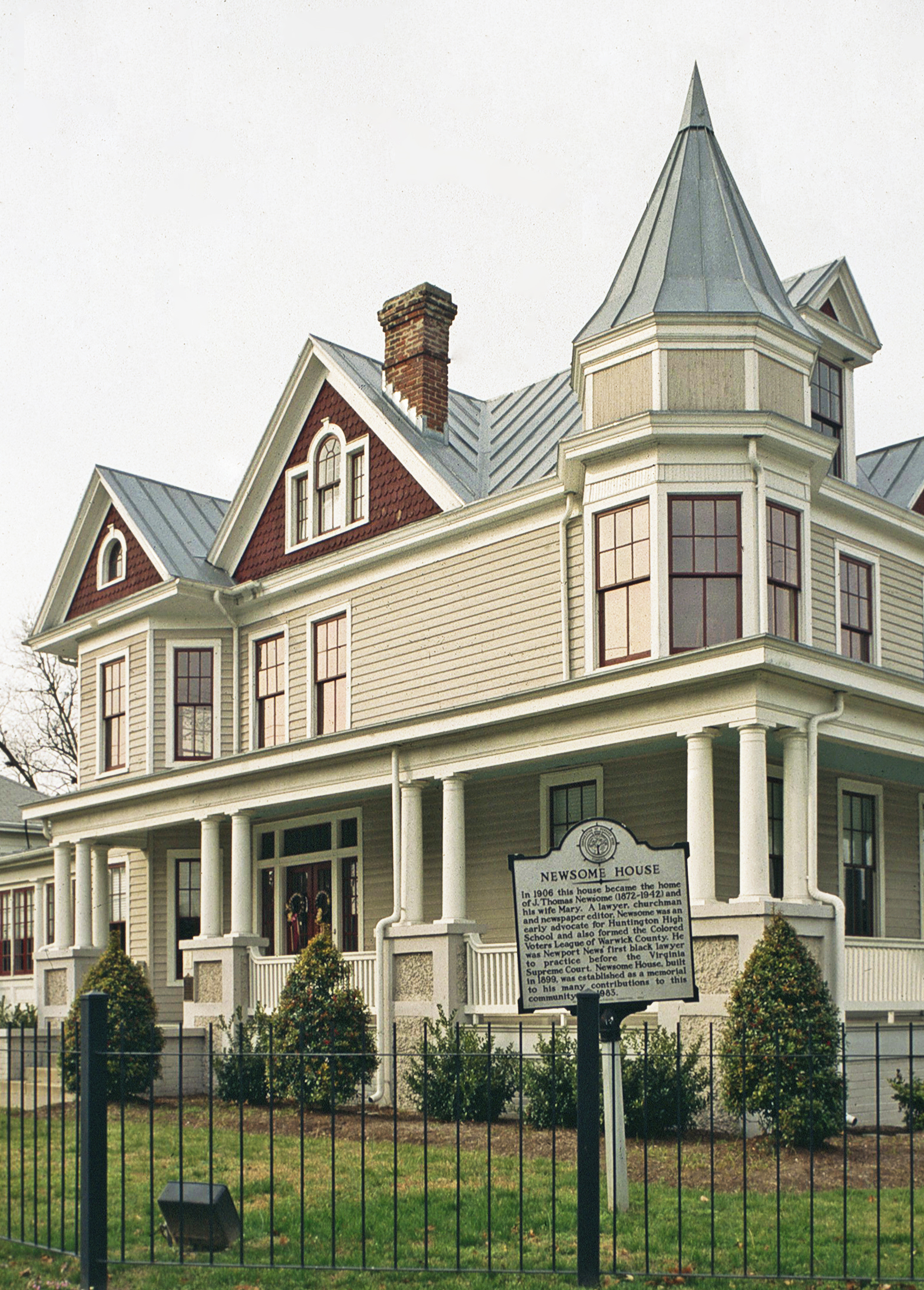 This fanciful Queen Anne-style residence was the home of Joseph Thomas Newsome and his family. Newsome (1869-1942), was one of Newport News’s most respected African American civic leaders. A graduate of Howard University Law School, Newsome became one of the first black lawyers to practice before the Virginia Supreme Court of Appeals. An effective advocate of civil rights, Newsome is also remembered for his many and varied community efforts. He organized the Colored Voters League of Warwick County, and was editor (1926-40) of the Newport News Star, the city’s black newspaper. At the time of his death, Newsome was commissioner of chancery and a member of the Newport News Citizens Defense Policy Committee. Newsome purchased his Oak Avenue residence in 1906. The property is now owned by the city of Newport News and operated as the Newsome House Museum and Cultural Center.