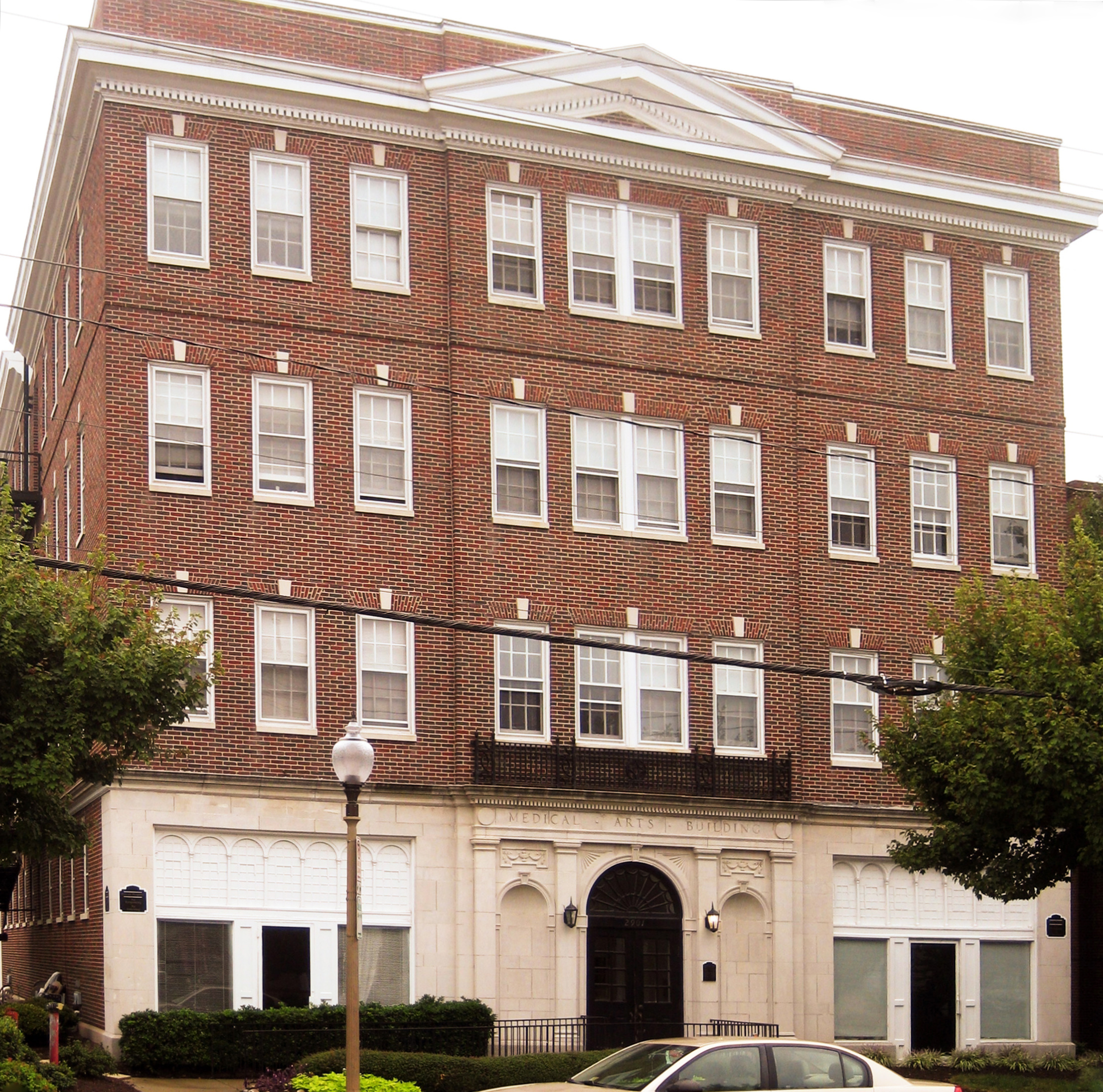 The Medical Arts Building was designed by Charles M. Robinson and constructed in 1928. This classically inspired medical building is one of only a few historic office buildings remaining in  downtown Newport News. Standing four stories tall and built of red brick in a once prominent neighborhood, the Medical Arts Building attracted tenants who lived within walking distance. In 1931, the building housed a number of doctors and dentists as well as a drugstore and White Optical. According to the architectural plans, which indicated colored waiting rooms on at least two floors, there were several doctors who saw African American patients. In 1971, at least two original doctors were still using offices in the building and White Optical was still located on the first floor. Tenants changed in the later years to include insurance agencies, attorneys, and the Seaman’s Union. The building, at the time of listing in the registers, had been empty for ten years.