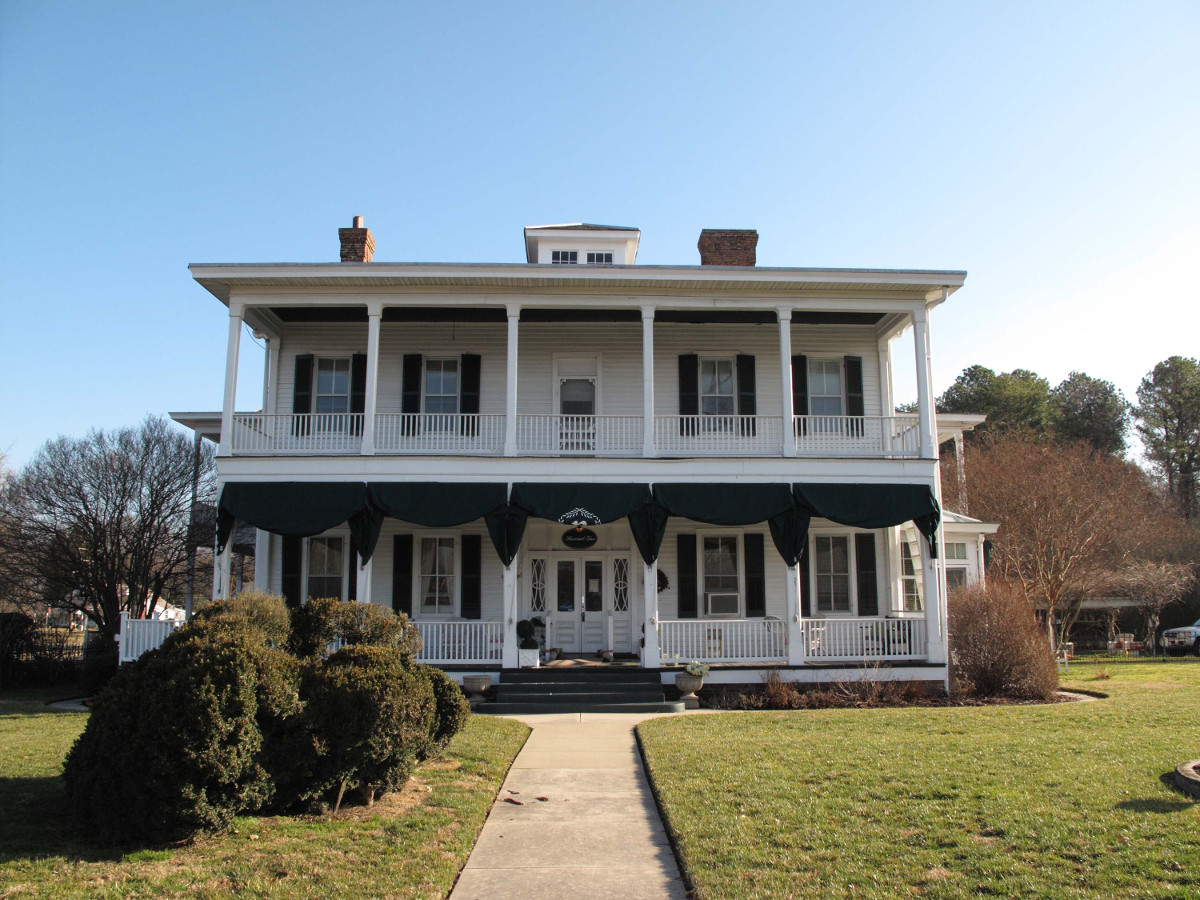 The Simon Reid Curtis House, in the Lee Hall area of the city of Newport News, was constructed in 1897 by Curtis as a residence from which he could manage all of his business, political, and social activities. Often referred to as the “boss of Warwick County” (which was consolidated with Newport News in 1958), Curtis held the office of treasurer from 1899–1945, served as road commissioner and postmaster for Lee Hall, and eventually gained control of the county’s Democratic party. He also established several regional banks and bought his way onto the boards of several utility companies. So that he might manage all of his endeavors centrally, Curtis instructed architect Adolph Wagner to build his massive, Colonial Revival-style house with a store on the first floor. After his death in 1949, Curtis’s business ventures were run by his two sons, and the house remained in the family until 1995. Today the Curtis House is the only 19th-century dwelling still standing in the city’s Lee Hall area.