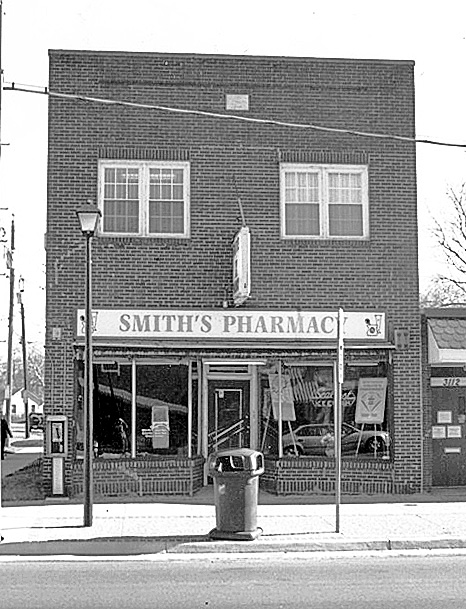 Smith’s Pharmacy was opened by Dr. Charles C. Smith in 1946 as the first African American–owned pharmacy in Newport News. Smith was a very influential member of the community as he allowed aspiring black students to experience the pharmaceutical career through externships in his store. He also inspired and encouraged his patrons and employees to continue their education and to register to vote. Smith’s Pharmacy became a community center on Sundays where families would gather after church to gossip and indulge in some ice cream. The architectural integrity of the structure remains as it did in its days of prominence under its original owner. It is a virtual snapshot of 1946; the original counters, fixtures, and display cases remain inside. The Smith family has run the pharmacy since its beginning.