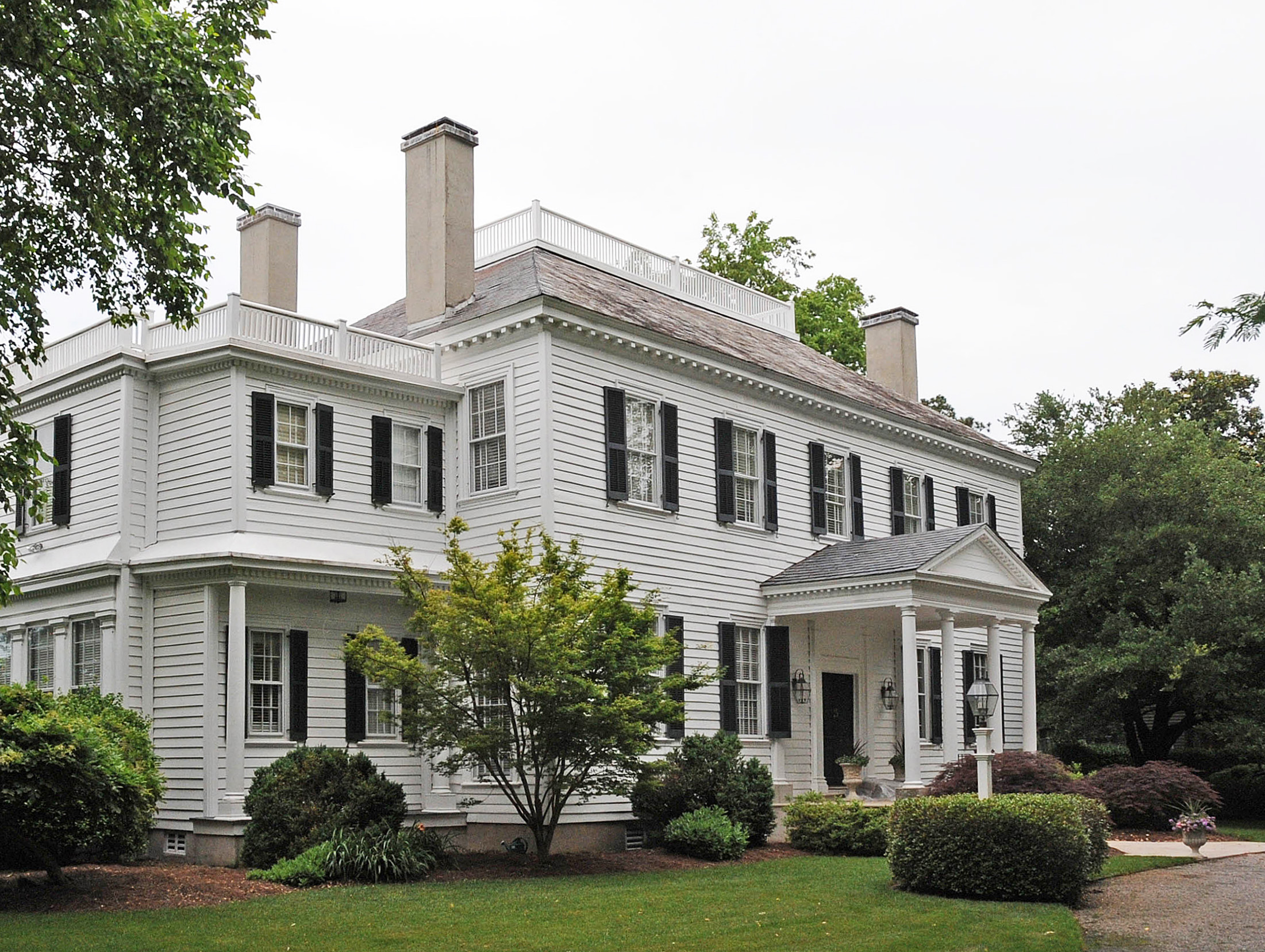 The timber-frame late-Georgian Boush-Tazewell House, built 1779-83, was the first significant dwelling erected in the old borough of Norfolk after the city burned in 1776. John Boush, grandson of Norfolk’s first mayor, and himself a mayor of the city, commissioned shipwrights to construct the house as a wedding present for his bride, Anne Waller. In 1820, the house was acquired by Littleton Waller Tazewell, who held many public offices including U.S. senator and Virginia governor. Among Tazewell’s visitors were Lafayette, Andrew Jackson, Henry Clay, and John Tyler. The house was enlarged in the mid-19th century with two-story Greek Revival wings. In 1898 it was moved to its present site to prevent demolition from commercial expansion. Handsomely restored at the time of its listing, the house features an exterior set off by a graceful two-tier portico added in 1791 and an interior possessing much of its original Federal woodwork.