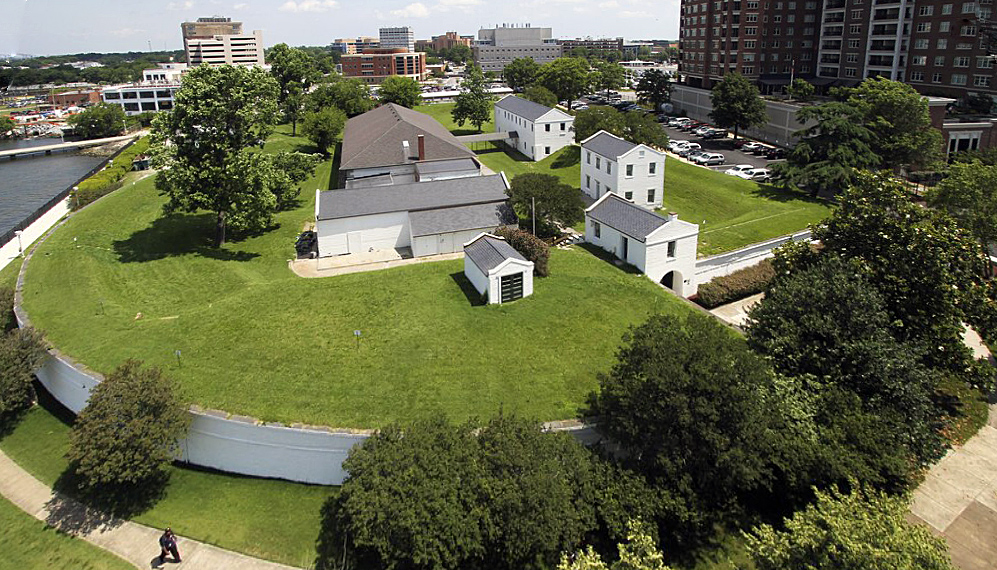 A fortification guarding Norfolk’s harbor was established by local citizens at this site during the Revolutionary War. Recognizing its strategic location, the federal government purchased the Fort Norfolk site in 1795. In 1809 the government erected the fort’s most prominent feature, the massive walls with their great rounded bastion. Within these walls is a complex of military structures ranging in date from the early 19th to the 20th century, all approached through a picturesque gatehouse. In 1862 both the fort and the city fell to Federal forces, but the fort saw no significant action. This important example of early military architecture is owned by the U. S. Army Corps of Engineers. Today most of it is licensed to the Norfolk Historical Society which is renovating much of the complex for exhibition and office space.