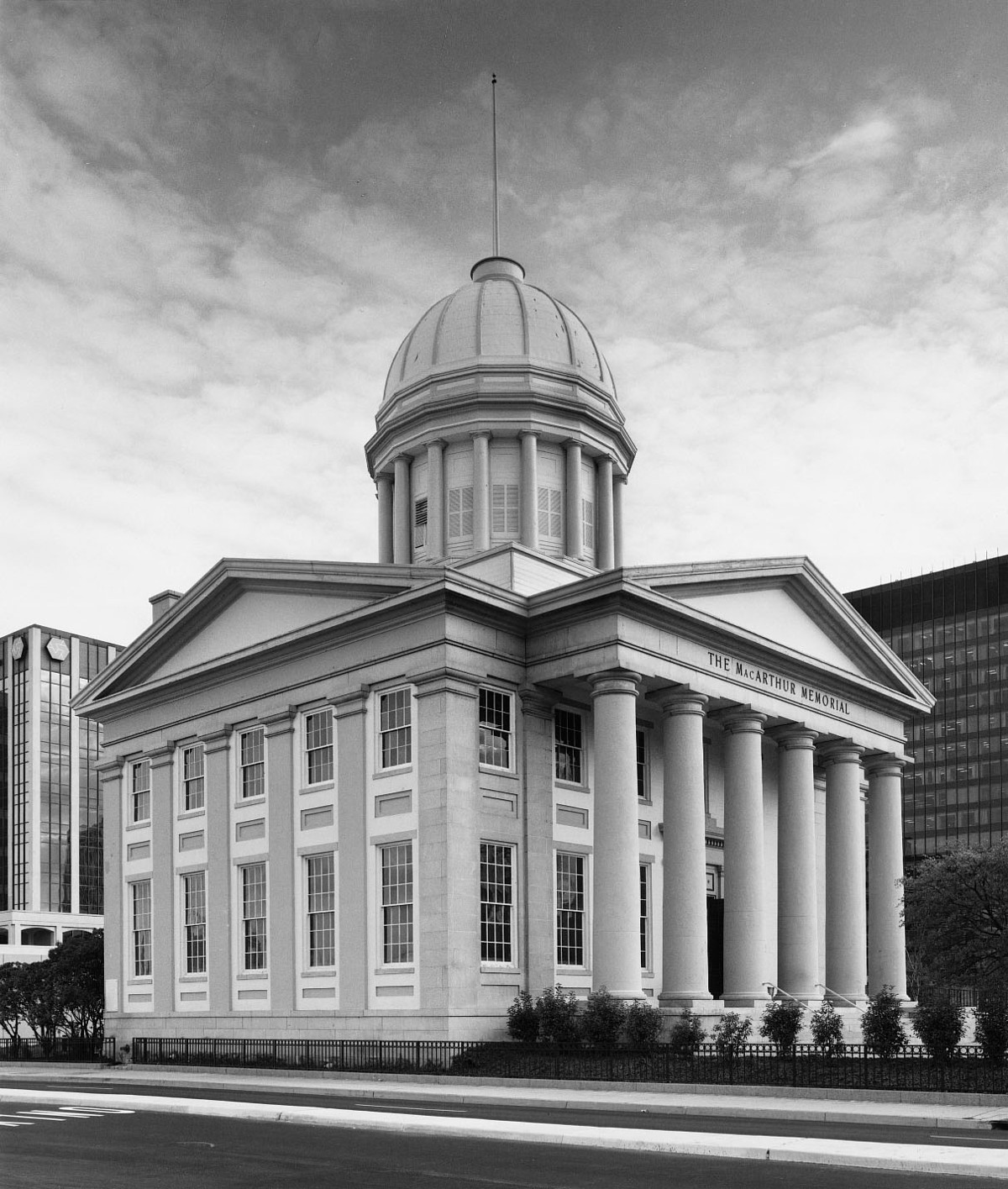 This imposing Classical Revival public building, dominated by its portico and columned dome, was erected in 1846-50 as a city hall shortly after Norfolk became an independent city. It was designed by the nationally prominent architect Thomas U. Walter of Philadelphia; local architect William R. Singleton was also involved with the project. Here, on May 10, 1862, Norfolk mayor William W. Lamb surrendered the city to Union forces. The building served as the city hall until 1913 when the city offices were relocated, and the building became exclusively a courthouse. In 1960 the city offered the structure as a memorial and tomb for General of the Army Douglas MacArthur, whose mother was born in Norfolk. The body of World War II’s allied supreme commander in the Southwest Pacific was interred under the dome in 1964. The building also houses a museum containing MacArthur’s papers and memorabilia.