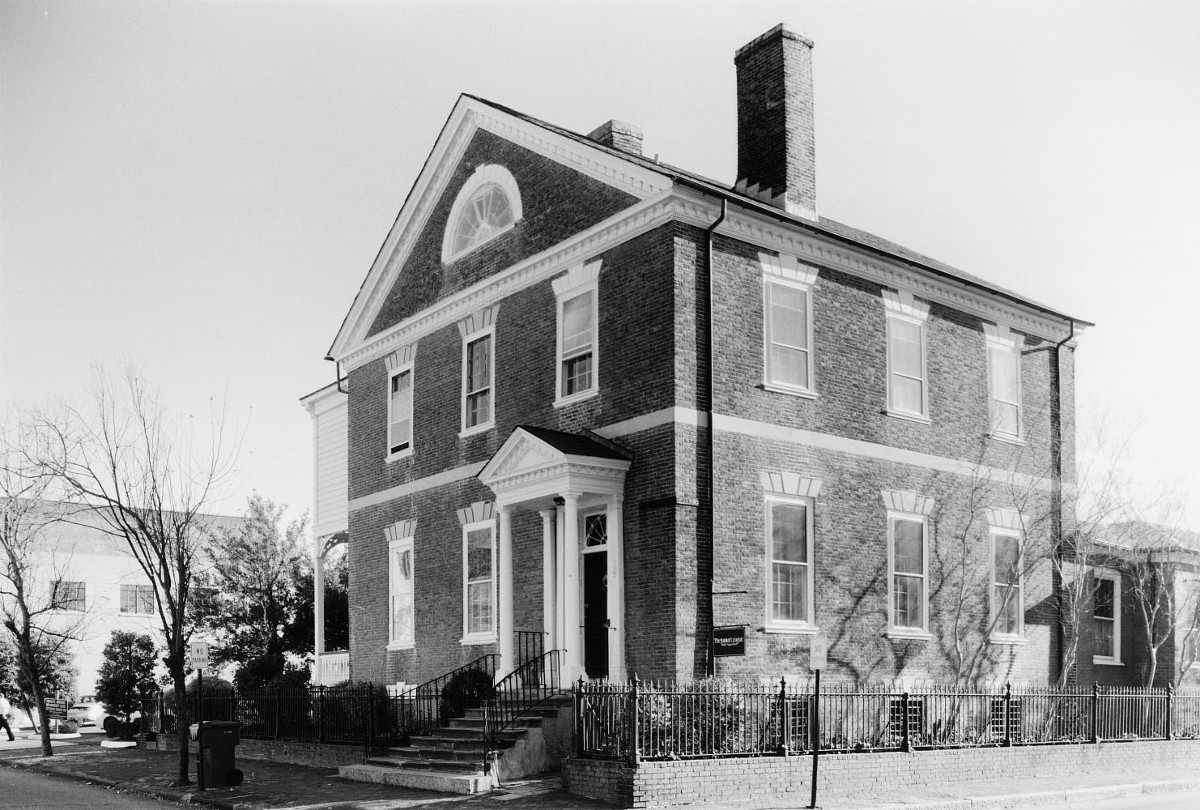 The prosperity of the Atlantic coast port cities in the post Revolutionary period is reflected in the fine Federal town houses erected by merchants and civic leaders. Norfolk once boasted many such dwellings but preserves only a handful. Among them, the Taylor-Whittle House is comparable to the finest Federal houses in any of the ports, displaying refined proportions and detailing on its exterior and handsome ornamentation inside. The house was built ca. 1791 for either the merchant George Purdie or Norfolk mayor John Cowper. It was purchased in 1802 by Richard Taylor, an importer from England. A later occupant, Taylor’s son-in-law, Richard Lucien Page, accompanied Commodore Perry to Japan and later organized Virginia’s Confederate navy. The house was left to the Historic Norfolk Foundation in 1972. It is now owned by the city and leased for an association headquarters.