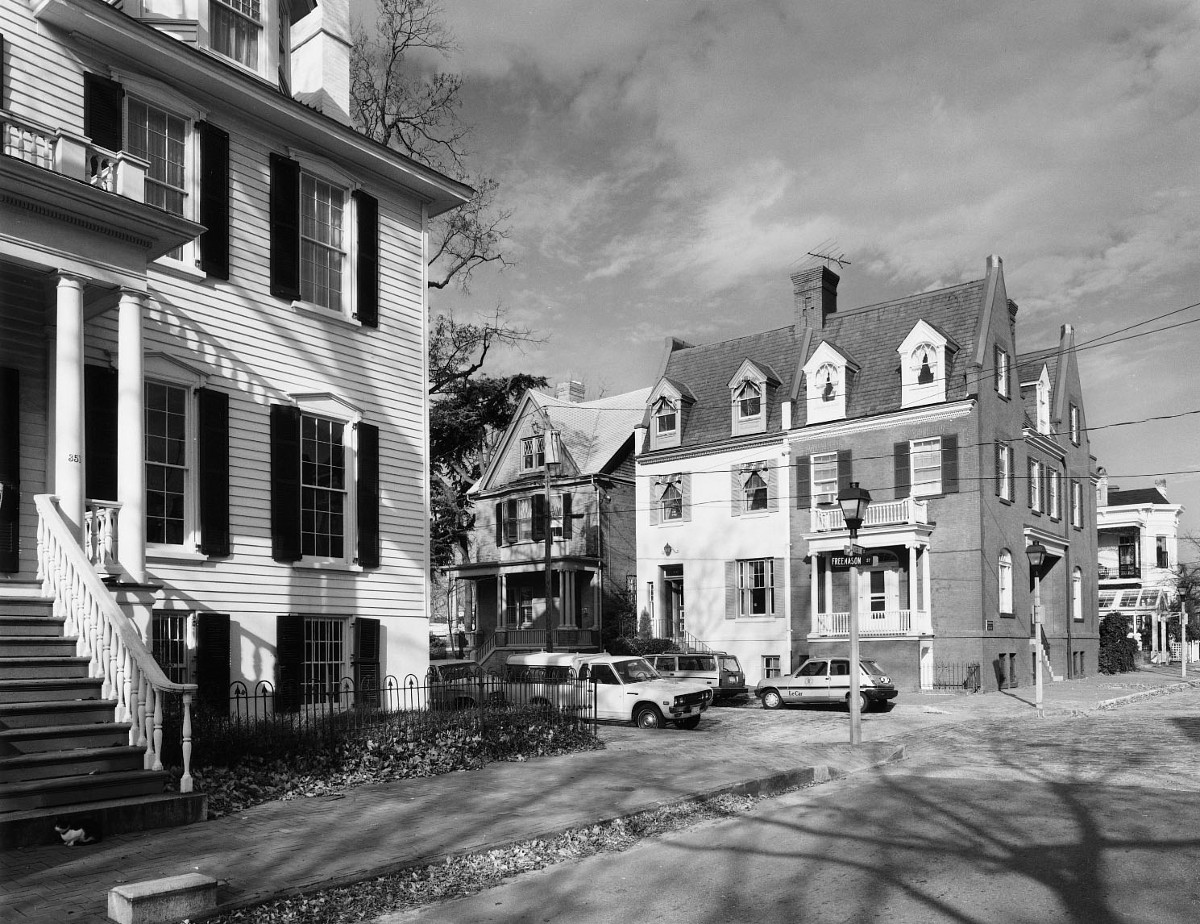 The compact neighborhood near the Elizabeth River that includes West Freemason, Bute, Duke, Botetourt, Dunmore, and Yarmouth streets was one of the first neighborhoods outside the colonial limits of Norfolk. From the 18th century through the early-20th-century it was the city’s most prestigious residential address and thus contains noteworthy examples of many styles popular during those 120 years. Key landmarks are the individually listed Allmand-Archer House, the Federal-period Taylor-Whittle house, the Greek Revival Lamb House and Camp-Hubard House, and the Georgian Revival Roper House. Although the district has suffered some losses, it was spared the leveling that destroyed several downtown neighborhoods in the 1960s. The quiet dignity of old Norfolk is still keenly felt on the tree-shaded, stone-paved western end of West Freemason Street.