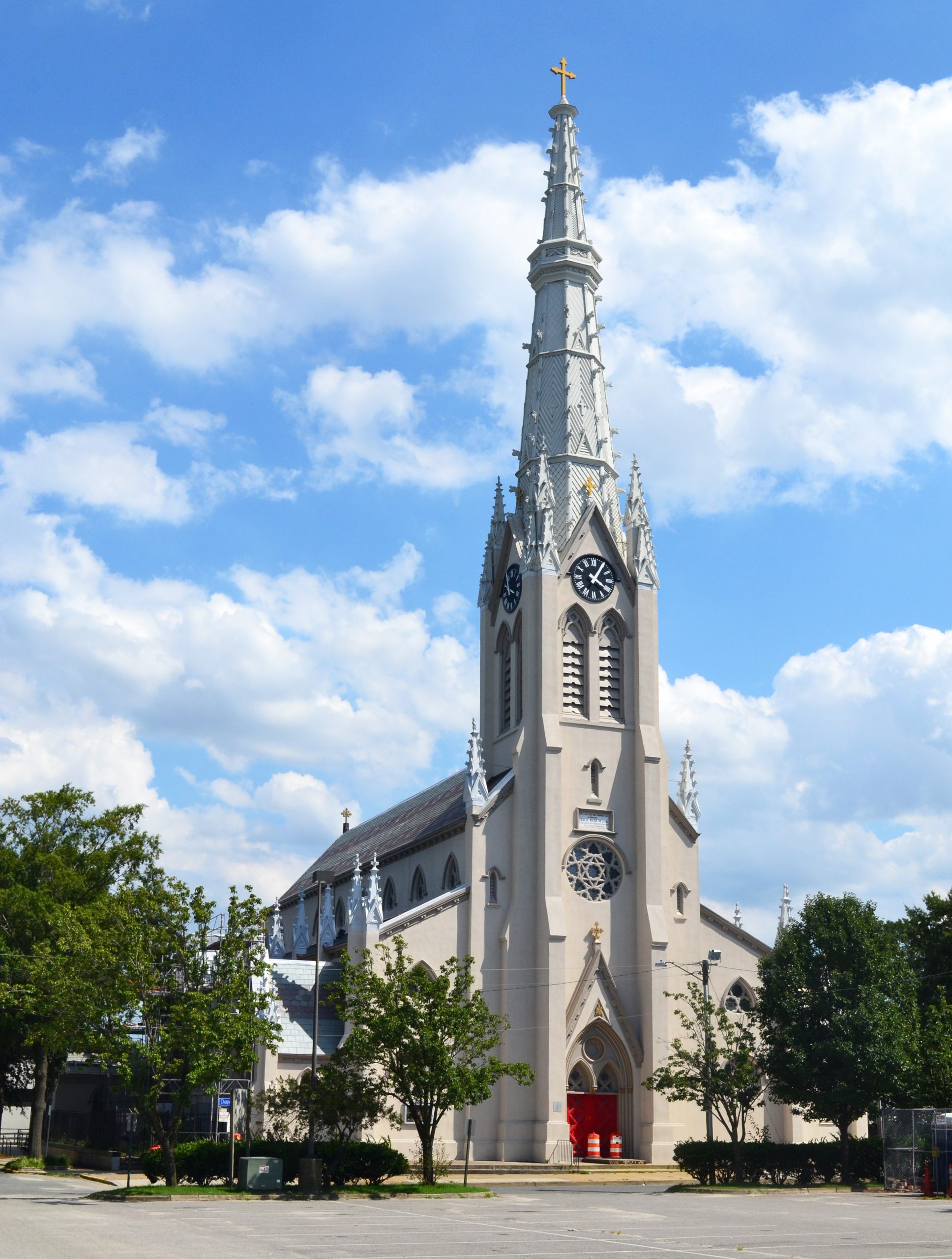 Dominated by its richly decorated spire, this gleaming stuccoed church is the state’s most elaborate expression of the Early Gothic Revival. Erected in 1858-59, it replaced an earlier church destroyed by fire, and serves the Tidewater region’s founding Catholic parish. Although the architect remains to be discovered, the design is clearly from the hand of an individual of superior talent, possibly a Baltimore architect. With its rounded apse, the church has a decidedly French character. No less rich than the exterior is the lofty vaulted interior which contains a profusion of Victorian stained glass and ornamentation. Noteworthy also is its 1858 pipe organ by Richard M. Ferris and Levi U. Stuart of New York. St. Mary’s serves a predominately African American congregation; it became a Minor Basilica in 1991.

An update to the nomination for St. Mary’s Church, now the Basilica of St. Mary of the Immaculate Conception, was accepted by the National Register in 2019. This update documents a number of important changes that have occurred to the property since its initial listing in 1979.
[NRHP Accepted: 4/22/2019]