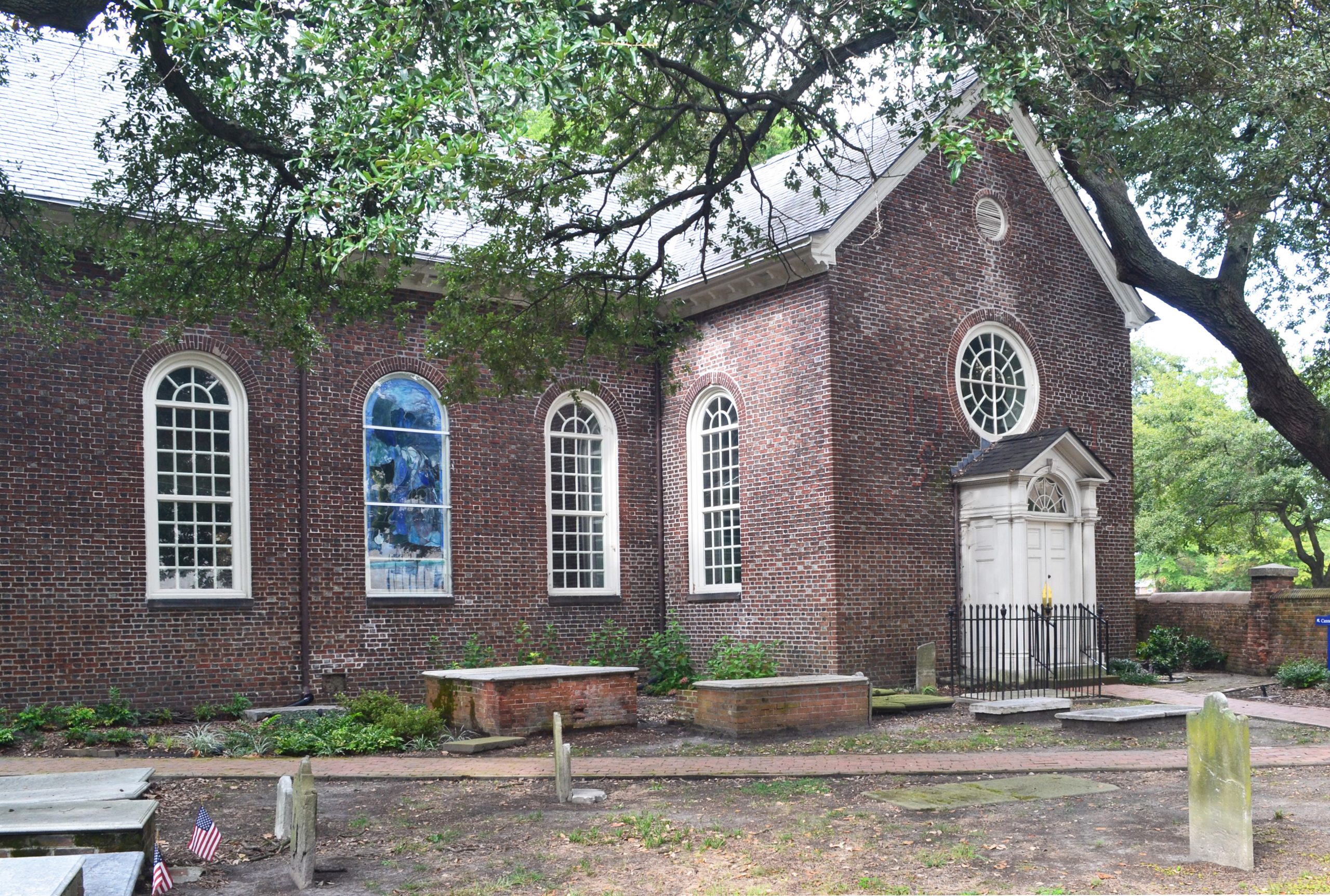 The venerable St. Paul’s Episcopal Church, constructed in 1739, is the third house of worship to serve the Elizabeth River Parish and is the oldest building in the city of Norfolk. Originally known as Elizabeth River Parish Church, it is believed to stand on the site of a 1641 chapel. Its burying ground, in use from the 1680s until 1836, is a quiet corner of downtown Norfolk to this day. The building was gutted by fire during the Revolutionary War when the entire city was burned. It was restored within its Flemish-bond brick walls and returned to active use in 1786. Congregational divisiveness caused its abandonment to the Baptists in 1805. In 1832 it was reoccupied by Episcopalians and given its present name; it has remained in active use ever since. The bell tower was added in 1901; the present Georgian-style interior is the product of a 1913 restoration.