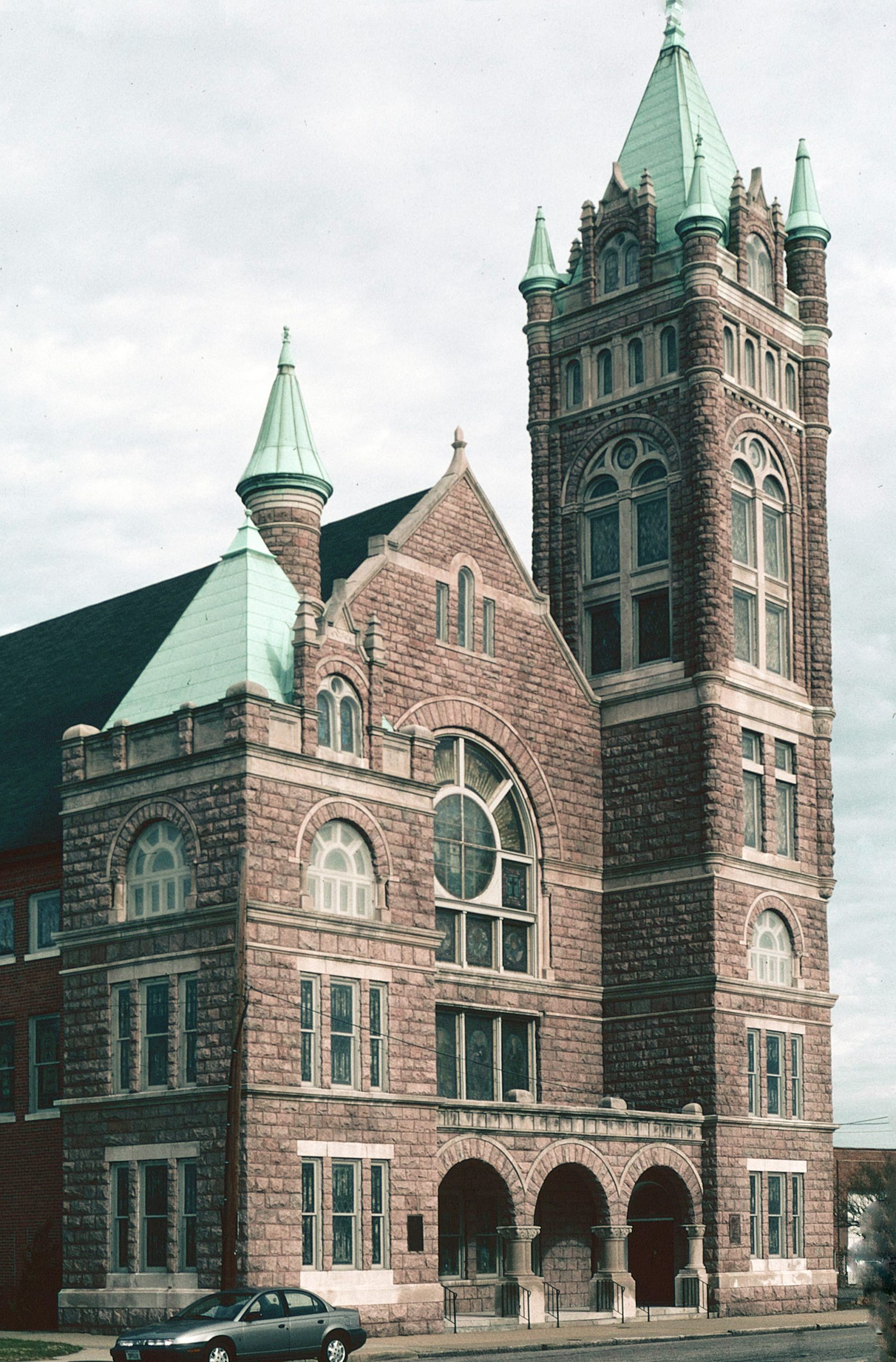 One of Norfolk’s major architectural landmarks, First Baptist is the mother church of the city’s African American Baptists. Norfolk’s Baptists organized in 1800 and included both blacks and whites. The free blacks split off by 1830 when they built a church on East Bute Street. The present church, built in 1906 on the site of the 1830 church, was designed by Tennessee architect Reuben H. Hunt. The pink granite Romanesque Revival work is among the state’s most vigorous representatives of its style. Hunt’s practice centered on southern ecclesiastical buildings, and included Court Street Baptist Church in Portsmouth. His Norfolk church, with its grandiose scale and solid detailing, symbolized the growing economic strength of Norfolk’s black community at the end of the 19th century and the importance of religious institutions to urban Southern blacks.