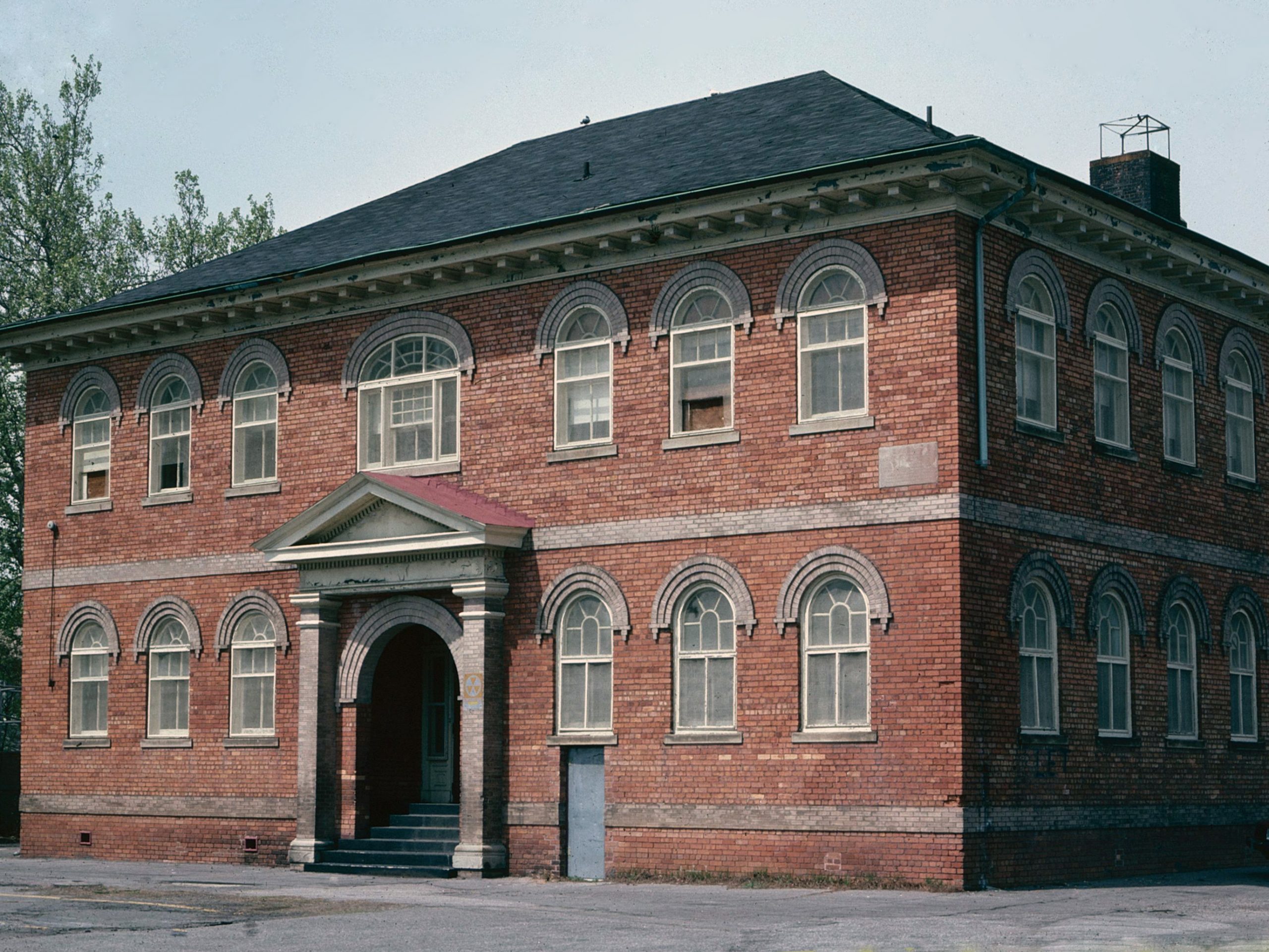 Lafayette School exhibits the architectural quality that characterized Virginia’s public schools at the beginning of the 20th century. The state constitution of 1902 provided for increased funding for public education and facilities, and handsome public school buildings became objects of civic pride throughout the state. Completed in 1906, the original portion of the school was designed by Vance Hebard and was the largest school in the former Norfolk County system at the time. The exterior was rendered in a robust Georgian Revival style, possibly influenced by Virginia colonial mansions. The building was enlarged in 1910 by the addition of a high school wing designed by the firm of Leigh and Deihl. The school became part of the Norfolk city system when the Lafayette Park area was annexed in 1923. Phased out of use in the 1970s, the building has been given a new life through conversion into apartments.