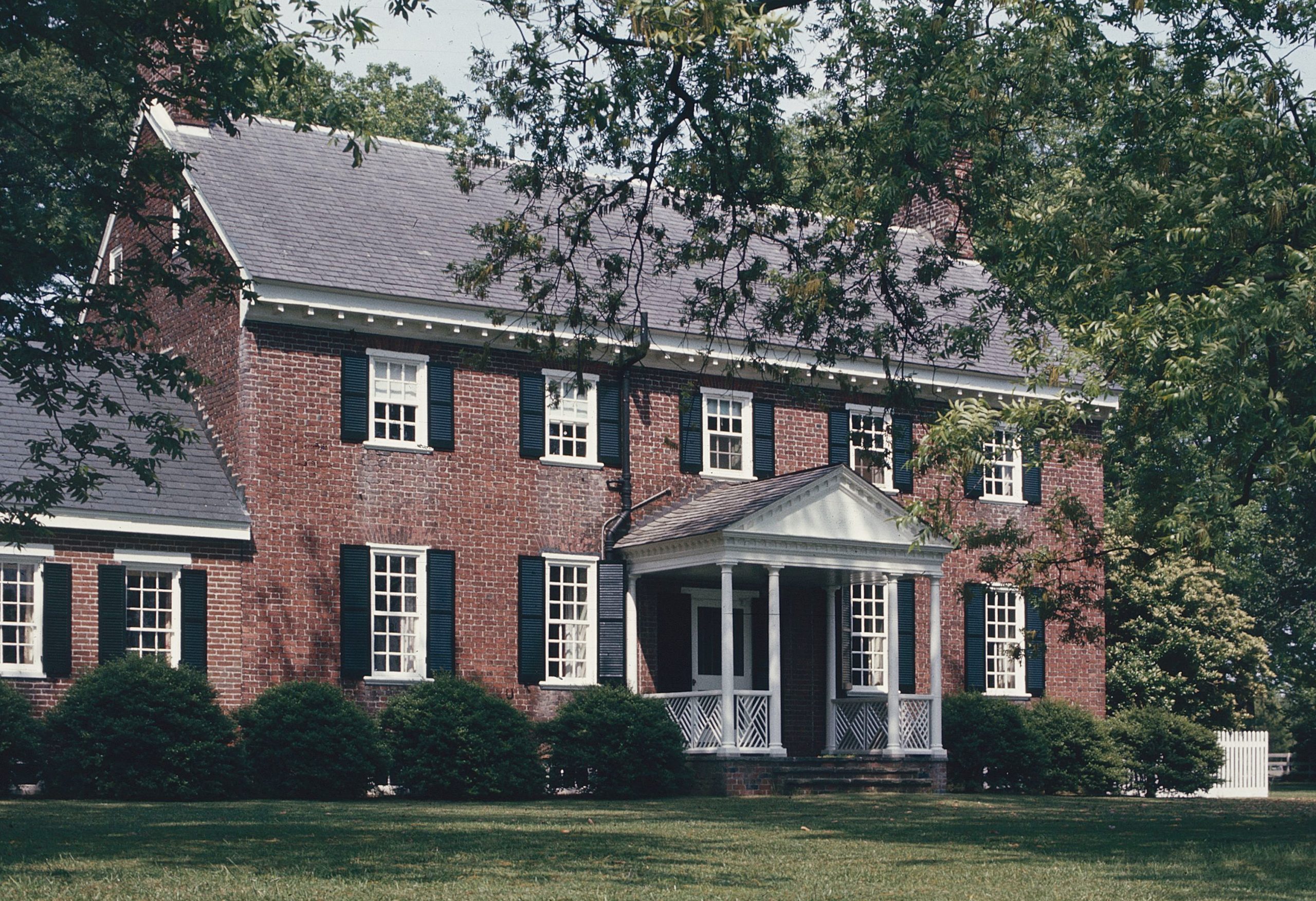 An outstanding and little-known Georgian mansion, Poplar Hall was erected in the 1760s on the banks of Broad Creek in Norfolk. Its original owner was Thurmer Hoggard, a planter and ship’s carpenter who developed a private shipyard at the site. With its symmetrical land and water facades, Flemish-bond brickwork, and paneled woodwork, the house represents the ideal of a prosperous colonial residence. The name derives from a row of Lombardy poplar trees planted in the 1790s along the water’s edge, some of the first of the species in America. The property remained in the Hoggard family until 1952 when the house and twelve acres were purchased by Mr. and Mrs. William Baker Copeland. The last vestiges of Poplar Hall’s park-like setting were eradicated in 1985 when all but the house lot was sold for residential development.