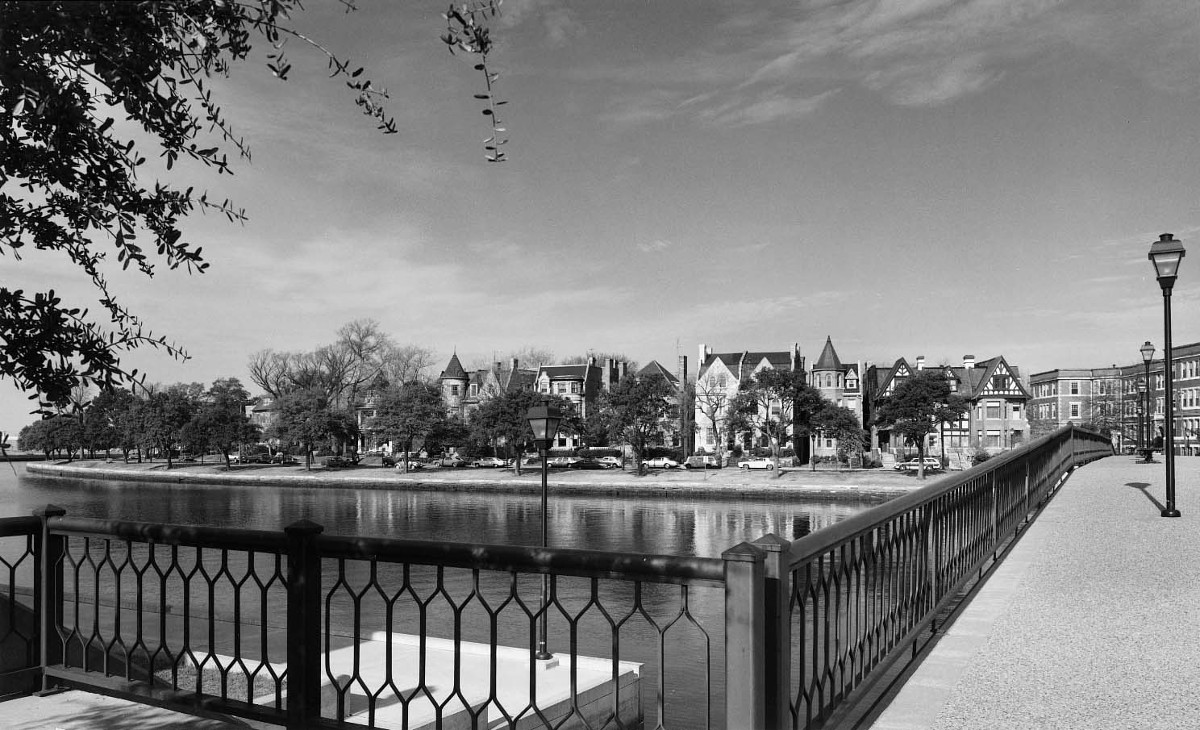 The decades between 1890 and 1930 were a time of intensive land speculation. A positive result of this was a large number of planned suburban neighborhoods. Offering airy, attractive alternatives to dense older neighborhoods, these suburbs incorporated popular planning theories of the day. Norfolk’s Ghent neighborhood, built along the Y shaped Smith’s Creek, with its concentric, tree lined streets and landscaped open spaces, combines elements of the City Beautiful landscaping school with Beaux Arts planning concepts. The neighborhood was laid out by John Graham, a Philadelphia civil engineer. Between 1890 and 1905 it witnessed construction of a splendid range of middle and upper class houses in the Queen Anne, Colonial Revival, and Shingle styles. Except for demolitions along Olney Road, the district has suffered few changes. Still one of Norfolk’s most fashionable addresses, Ghent was the city’s first planned suburb to offer water, sewer, and gas lines.