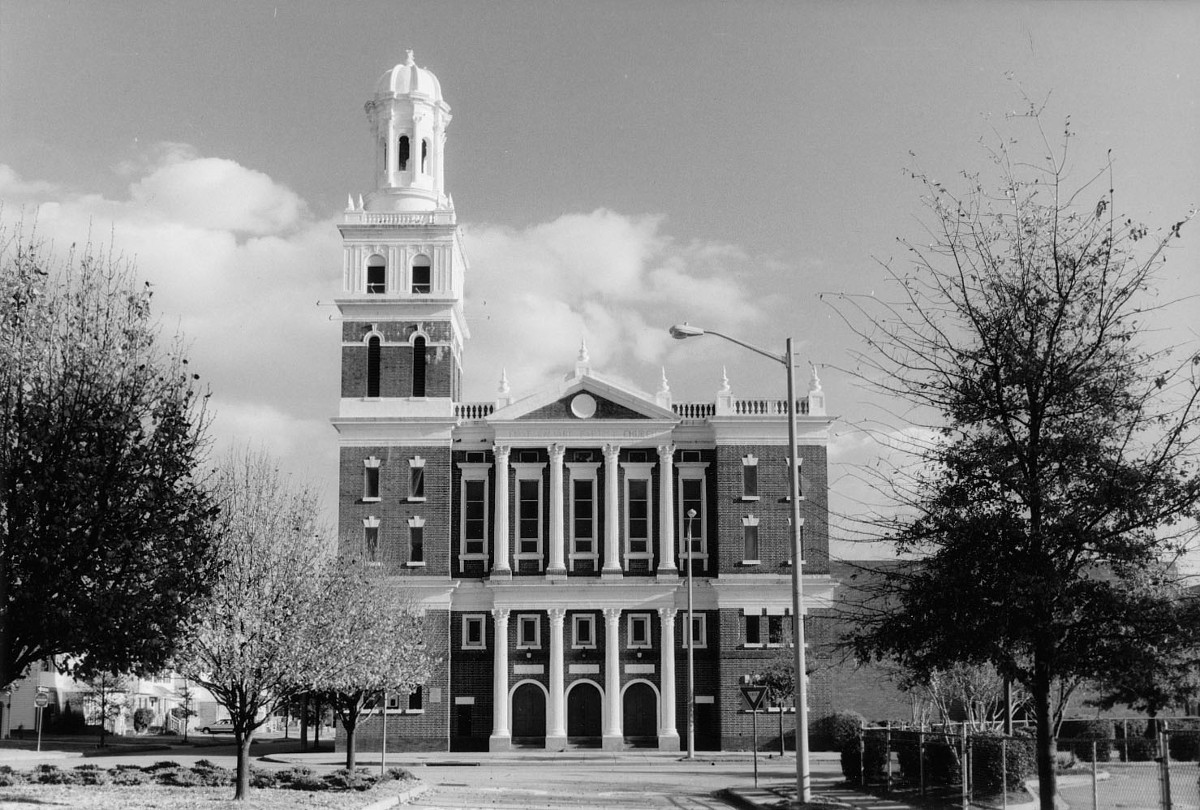 The religious zeal of Norfolk’s growing African American community at the turn of the 20th century was manifested in the prodigious churches erected by the various denominations. Conspicuous among these is First Calvary Baptist Church, a monumental Georgian Revival edifice of red brick with white terra-cotta ornamentation. Dedicated in 1916, the church was designed by Mitchell & Willcox of Norfolk. The congregation was organized in 1880 with only four members and eventually grew to more than fifteen hundred. Under the leadership of Dr. Percy J. Wallace, pastor from 1908 to 1922, First Calvary became one of the most influential black churches in the country. Dr. Wallace was instrumental in having the new church built and in getting the debt paid in only two years, a remarkable accomplishment for a congregation composed not of wealthy people but of laborers, maids, cooks, laundry workers, and small shopkeepers.