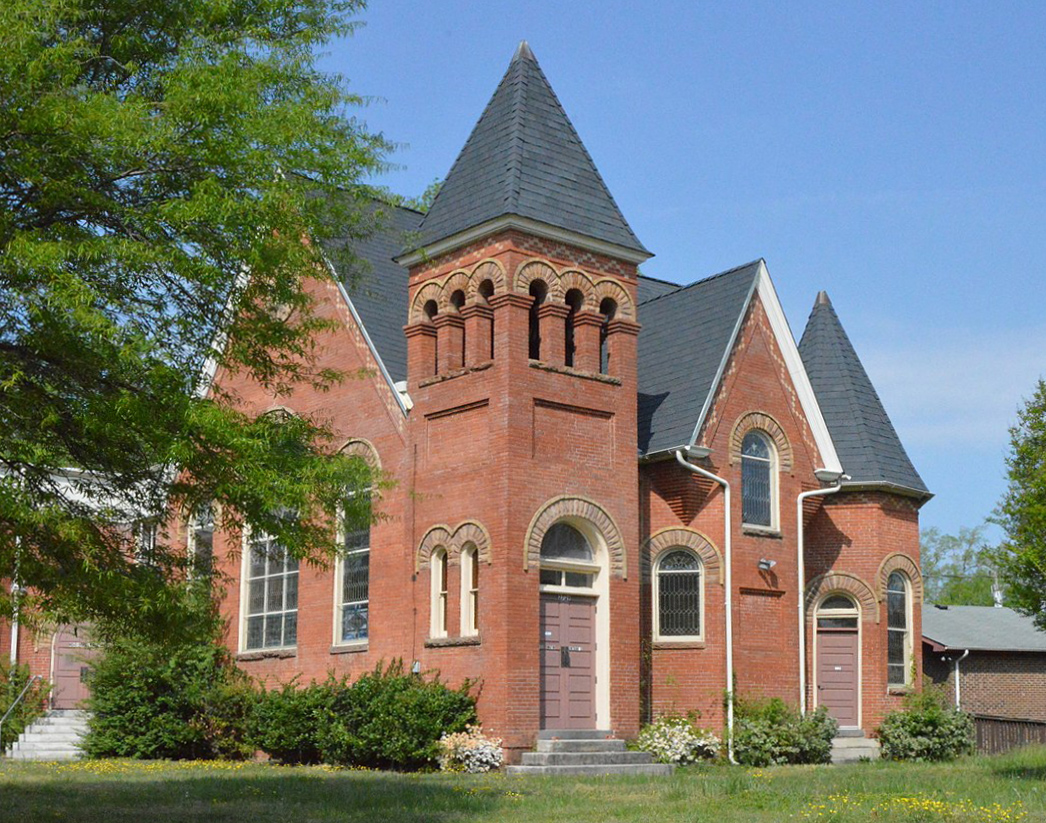 An example of the Late Victorian Romanesque Revival style with its rounded towers and round-topped arched windows, Zion Methodist Church was built in 1896–97 in what was then rural agricultural land north of the City of Norfolk. The present church building was at least the third for a congregation that grew out of late 18th-century meetings, one of the earliest Methodist congregations in Norfolk. In the late 19th and early 20th centuries, land surrounding the church building was bought for suburban development, eventually developing into the Lambert’s Point neighborhood of the city. In location, style, and form Zion Methodist Church is reflective of a rural church, despite its current urban setting. However, its construction in brick and its Romanesque details are more unusual for rural churches of this period and region, which were often frame buildings of the Gothic Revival style, including the building the present church replaced. In 1916, the congregation had grown enough that a new annex was designed and built by Norfolk native Wickam Custis Taylor.