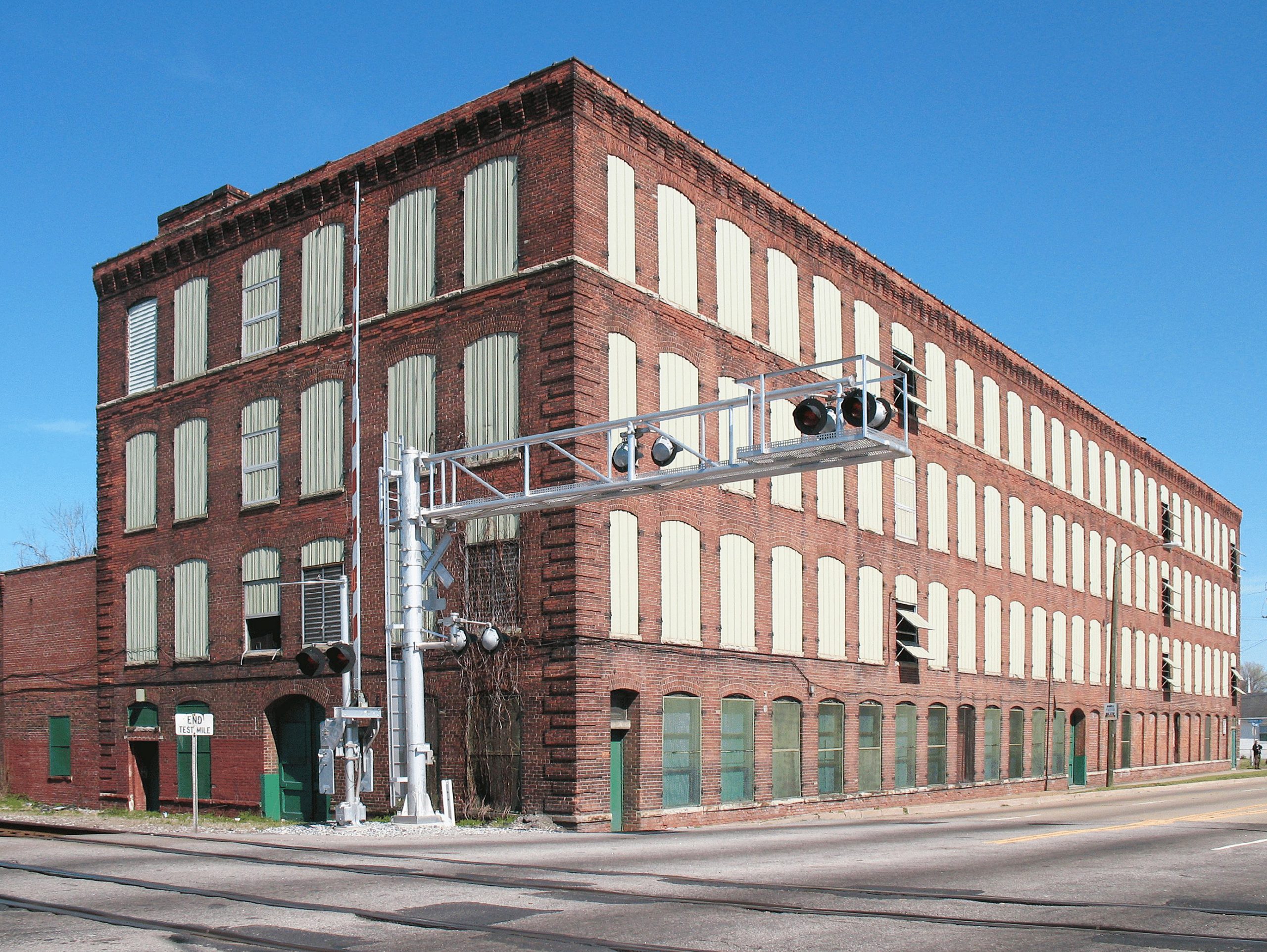 Constructed in 1903, the American Cigar Company building in Norfolk functioned as a tobacco stemmery complex, consisting of a primary processing building and a boiler building, both of which embody the era’s style of mill construction and industrial design. Workers at the facility removed stems from the tobacco leaf prior to its manufacture into cigars. Built along railroad tracks for easy transport of materials and product, the stemmery also was located near to one of Norfolk’s African American communities, thus attracting a workforce of mostly non-skilled African American women, who found the stemmery offered a rare alternative to domestic service jobs. The factory’s difficult working conditions as well as long hours and poor pay eventually led 600 black women in 1917 to join a union and strike as part of the Women Wage Earner’s Association. The strike failed within a year (along with the WWEA Norfolk branch) but provided a benchmark for future organizations of African American women workers.