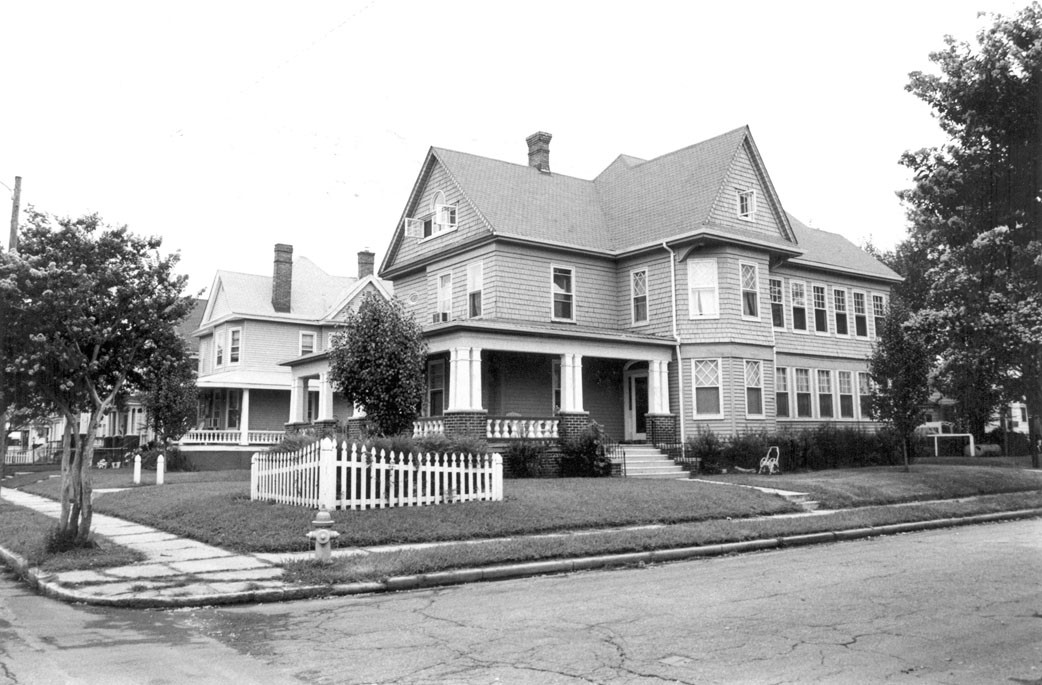 Berkley North Historic District was an independent settlement at the fork of the eastern and southern branches of the Elizabeth River prior to its annexation by the city of Norfolk in 1906. Known variously as Powder Point, Ferry Point, Herbertsville, Washington Point, Washington Town, and Washington, the village grew with the shipping and shipbuilding industries. After the Civil War, the village became a town and was named after local landowner and entrepreneur Lycurgus Berkley. Industrial enterprises fueled the community’s growth and supported the development of handsome residential areas. The Berkley North district represents the most intact section of late 19th- and early 20th-century residential development with architectural styles ranging from Italianate and Queen Anne to Colonial Revival and Craftsman. The district also contains a few notable commercial structures and several architecturally prominent churches.