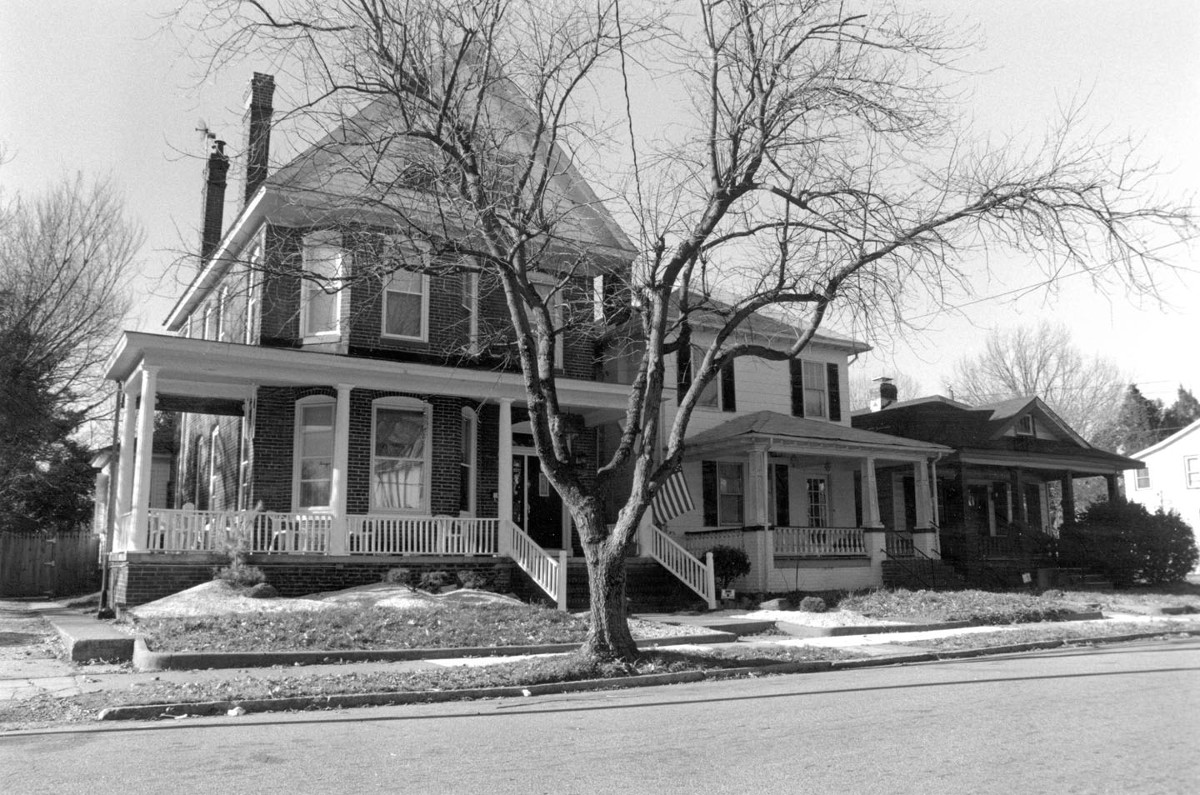 Colonial Place Historic District was developed during the first quarter of the 20th century and emerged as a suburban community supporting the growing downtown area of Norfolk. Originally catering to upper-class patrons from 1903 to 1911, it included approximately 19 grand, single-family dwellings that exhibited Colonial Revival and American movement era styles and forms. The neighborhood was landscaped with tree-lined streets, traffic circles, and an intricate system of curvilinear roads that complemented the less-than-one-acre lots. Development was slow, substantially hindered by stiff competition and a citywide building slump. Consequently, the original high-class image was abandoned, allowing it to thrive as a solidly middle-class community. Growth of the neighborhood accelerated as World War I launched a trend of housing needs nationwide. This created a second phase of development that included just over 750 buildings by 1941. As a result, Colonial Place became defined by a variety of 20th-century architectural styles and building types ranging from high-style to vernacular interpretations of the elaborate styles erected decades earlier.