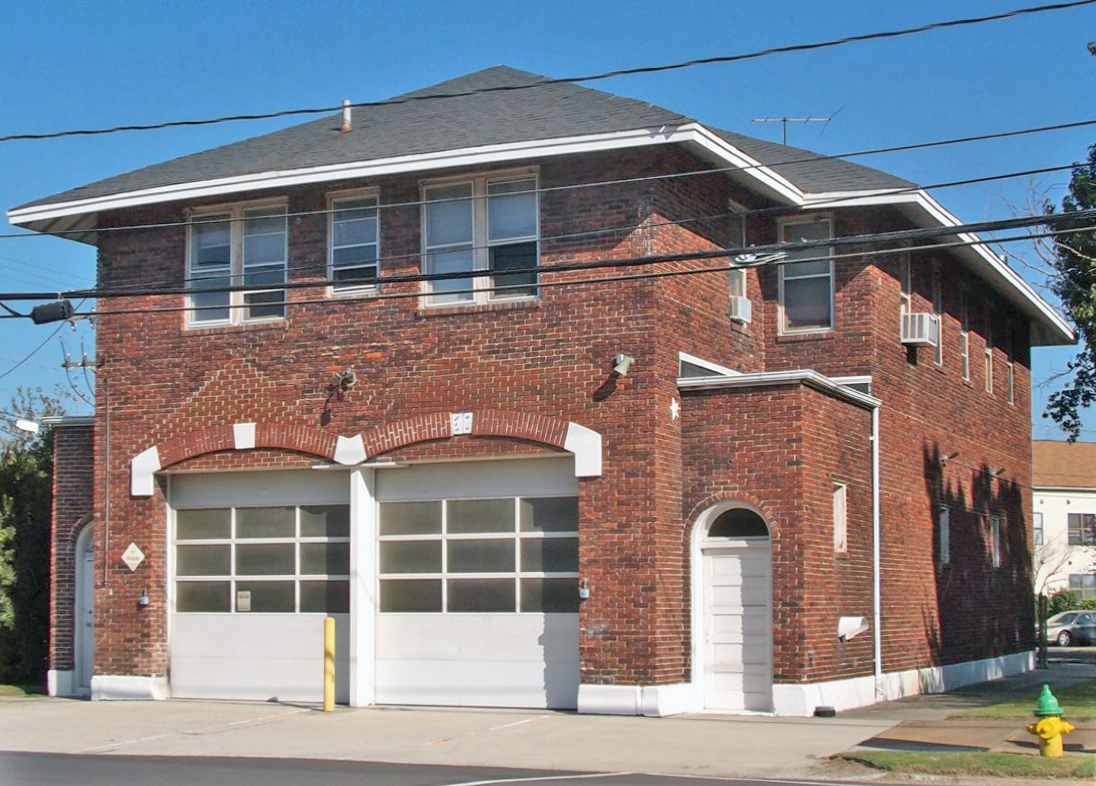 The City of Norfolk constructed the two-story Norfolk Fire Department Station No. 12 in 1923 during the city’s “great annexation” of territory. Following a popular trend of the early 20th century for firehouses and other utilitarian structures, locally prominent architects Philip B. Moser and Erwin C. Gutzwiller designed the building to resemble an American Foursquare house with Craftsman features, to blend it into its surrounding neighborhood. In 1949, a compact rear addition housed a small kitchen; subsequent alterations in 1957 and 1998 to the building’s façade expanded its bay openings to accommodate larger, higher-capacity fire engines, reflecting changes to operating procedures of the Norfolk Fire Department, as well as advances in fire-fighting technology. The station served its community until 2018, when the city constructed a new fire station directly across the street. Station 12’s long history means it witnessed, beginning in 1967, the early years of Norfolk’s integration of its fire department. Rehabilitation of the structure in 2019 reintroduced the station’s arched-door openings, and today Norfolk Fire Department Station No. 12 resembles its 1923 appearance.