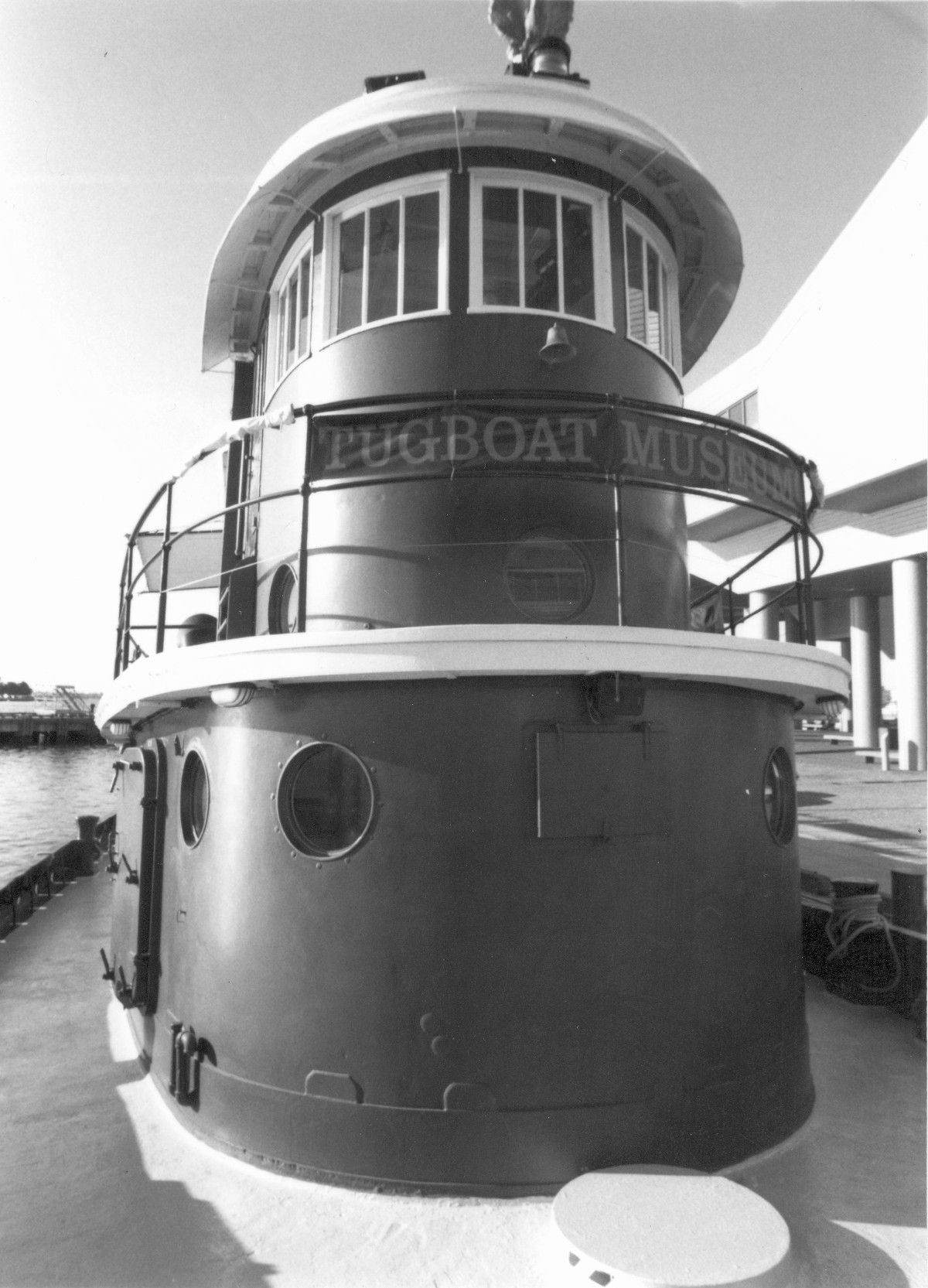 The Huntington was built at Newport News Shipbuilding and Dry Dock Company in 1933 to replace the yard’s primary docking tug, Ideal. During her time of service at the shipyard, she helped move an estimated 30,000 ships, most of them during World War II. Her lines were based on previous designs but with a wider beam that afforded greater control, especially during dead moves. After the war and until her retirement, she helped moved every aircraft carrier built at the yard, the luxury liners United States, Queen Elizabeth 2, America, and USS Nevada—the Navy’s largest Trident Ballistic submarine—among others. At her retirement in 1975, she remained at the yard until sold to a private towing company and finally to an organization that currently operates her as a museum.

The Huntington Tugboat was dismantled during the spring of 2010.  Much of the vessel was scrapped, although the pilot house and captain’s quarters became part of a display at the Chesapeake Bay Maritime Museum in Maryland.