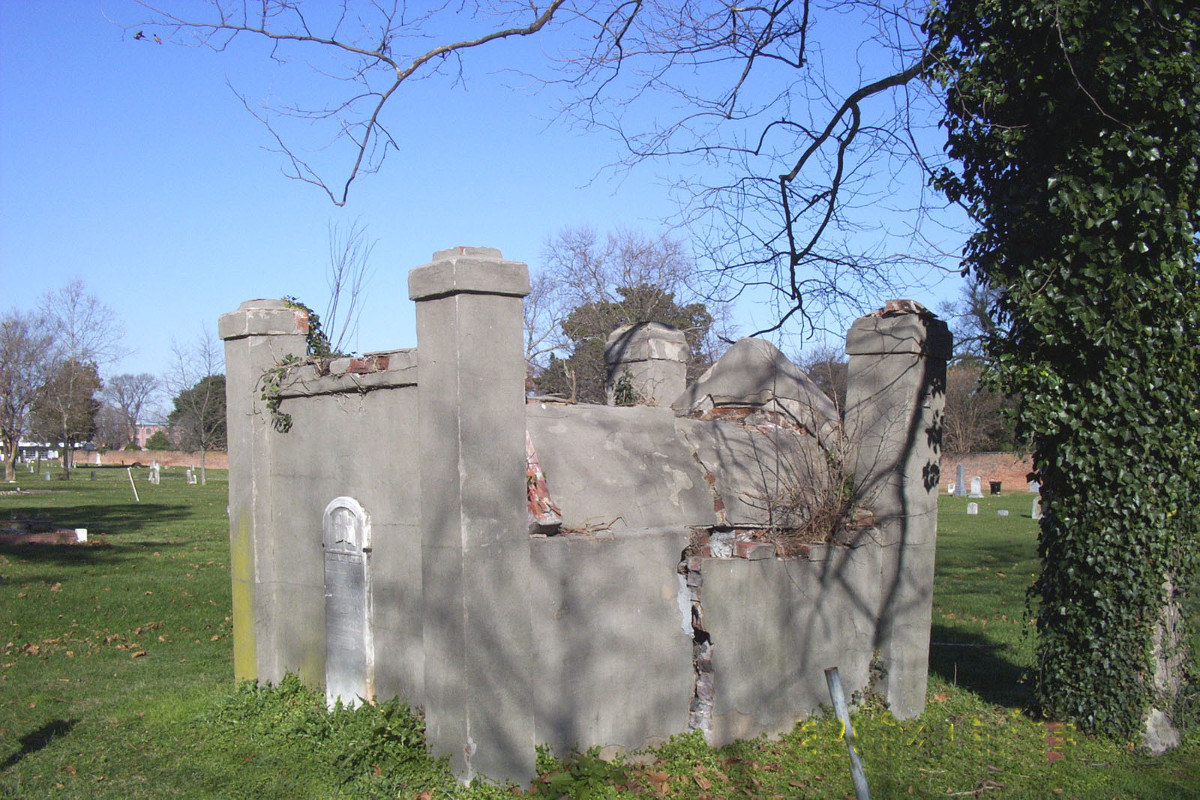 Under pressure from the black community, in 1873 the City of Norfolk designated an area of the city specifically for African American burials. Black city councilman and Union war veteran James E. Fuller proposed it be named West Point Cemetery in 1885, and asked the city council to dedicate a section of the cemetery to his fellow black Civil War veterans. This resulted in the cemetery’s most distinguished feature, as well as a prominent example of African Americans exercising newfound political power during Reconstruction: a grouping of 58 headstones of African American Union Civil War soldiers and sailors, and a monument dedicated to their service. It took over 30 years for the money to be raised for the monument, which was completed in 1920, one of only a few similar known monuments in the South. The model for the soldier featured atop it was Norfolk native Sgt. William H. Carney. The 14-acre cemetery also contains a Potter’s Field, or burying ground for the indigent, of 55 headstones that predate the formal establishment of West Point by 30 years; an 1876 mausoleum for a local mason; and several family plots.